by Raven Alexis from her blog  http://ravenalexisxxx.tumblr.com/

Raven had written this blog after her diagnosis with cancer and wanted me to share it with everyone. – Dirt Junior 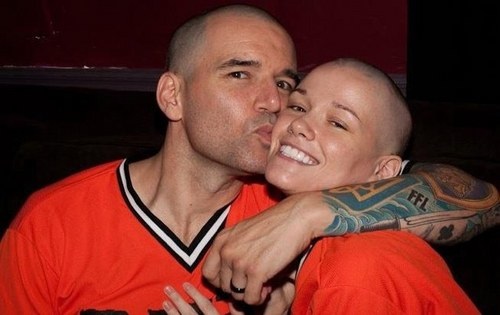 “If you judge people, you have no time to love them.” – Mother Teresa of Calcutta

“Life is fragile”. We’ve all heard the old adage, but do we really understand how true it is? I’m inclined to think that if we truly considered that fact every day, that we would treat those around us much differently.

Being an adult film actress, I get a lot of opinions and judgement. Much of it is from people online, who I don’t know and will probably never meet. That is obviously easier to deal with than the people close to me. There are those though, close to me and those I love, that have been downright cruel, judgmental, and dismissive. It hurts to have someone say hurtful things to your face, or behind your back. It is even more hurtful when it affects your partner, or your children.

I have always been a forgive and try to forget type of person. Letting water roll off your back, is a great concept, but hard to put into action. I will be the first to admit that I get downright livid at some of the things that people do and say to myself and others. I’m certainly no saint. I do however, believe that forgiveness eventually begets healing. I always remain hopeful of rekindling lost relationships or building ones with people who may not wish to be around me because of my career.

“Just as an arrow once released from the bow can not return, in the same manner painful and harsh words can not be taken back. ”

As someone who’s battling a fight that has only one likely outcome, I know what it’s like to live everyday with the thoughts of such painful and harsh arrows. Let me tell you, it’s tough. Like I said, I’m not a saint, and with my recent cancer diagnosis, I’m definitely at one of the lowest, most vulnerable times of my life. As much as I forgive, the forgetting part has become harder.

Having cancer, it is not likely that I will have the time to build relationships with certain people, even if they wanted to. It hurts very much that all of the time that I was “well”, there could have been relationships developed with these people. Even if was just to sit down and talk with them and be able to say, “I’m not the monster that you seem to think I am.” It’s kind of hard to do that, however, if someone doesn’t even want you in their home or their life.

So what’s the point of me writing this? Well, as those of you that read my Tumblr blog know from the quote at the top of the page, I do not believe in silence. I have always been candid and open about my experiences and life because I believe that is the way that things change and improve. I am not trying to host a pity party, or whine, I simply hope that maybe by others reading this, they will consider the weight of their actions and words.

Martin Luther King, Jr. stated, “History will have to record that the greatest tragedy of this period of social transition was not the strident clamor of the bad people, but the appalling silence of the good people.” I encourage every person to stand up against such behavior. If you know someone who is being unfairly treated or spoken about, please stand up and say something. Don’t let yourself fall victim to that appalling silence.

Remember, you never know when your words or your silence may be the last thing someone remembers of you. “An apology is a good way to have the final word.”