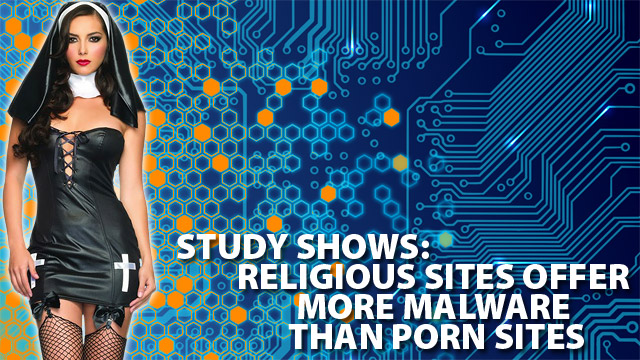 “We hypothesize that this is because pornographic website owners already make money from the Internet and, as a result, have a vested interest in keeping their sites malware-free — it’s not good for repeat business,” researchers wrote.

So theoretically, I could go visit a religious anti-porn website and gets some nasty virus that steals my identity, destroys my PC and become very unhappy. Or I could just go to Porn.com and look at some beautiful titties that put a smile on my face. Who Knew?!

Looks like hes been going to too many Religious Websites