NL- Thanks for doing this piece Richelle & pics Christian

YAYYYYY my NY Giants are the Winning Superbowl Champs!!! by Richelle Ryan 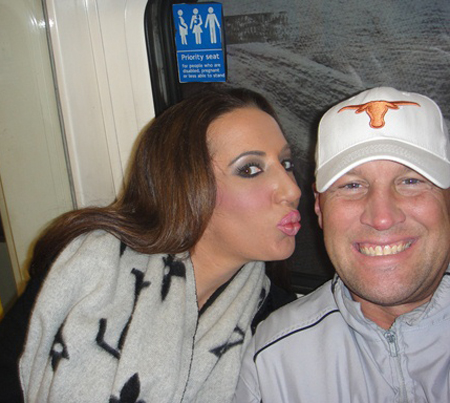 I was in London for the Superbowl and made sure that Christian made reservations at this American Sportsbar so I could watch my team kick the Patriots Asses!!! Since London is 5 hours ahead Christian and I decided that we needed a disco nap before we left for Picadilly circus to watch the Superbowl since it was coming on a 11:30 pm across the pond. We took the tube into piccadilly circus and found a yummy pizza spot to have dinner at before we went to the bar. Once we got there we couldn’t get a table so we had to stand and watch the game. 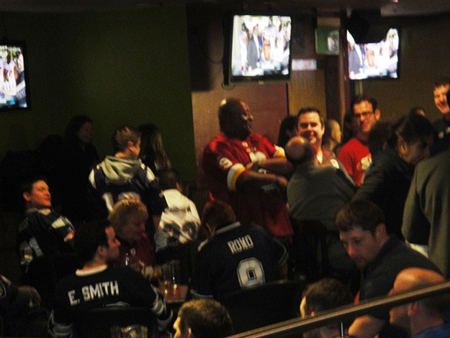 What Christian and I found funny was people were wearing random teams jerseys. In the U.S. if your team isn’t in the Superbowl you wear regular clothes, well in London they only show 1 American football game a week during Football Season so for the Superbowl people wear their favorite teams jersey. We couldn’t get over all the different jerseys we saw….Cowboys, Dolphins, Steelers, Falcons, Colts, old school throwback jerseys. Christian and I couldn’t stop laughing at that…best line of the night was when we first got there and saw all the random ones people were wearing Christian said “is there a fucking contest going on” LOL I of course wore my favorite player from the NY Giants #44 Ahmad Bradshaw jersey. 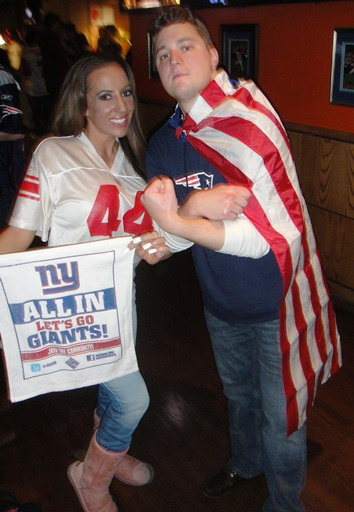 I found some guy in the bar dressed up as Captain America in a Patriots jersey so I had to get a picture with his silly ass, even tho his team sucks! haha ] 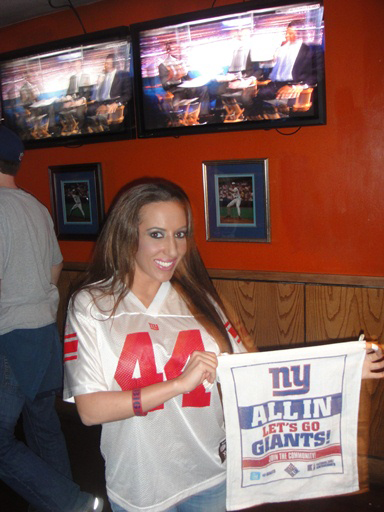 I also made sure I packed from NY Giants rally towel to wave around. The game was great and as you can see in the 1 picture I was going CRAZY when Ahmad Bradshaw got the winning touchdown for us and we won the game!!!!! 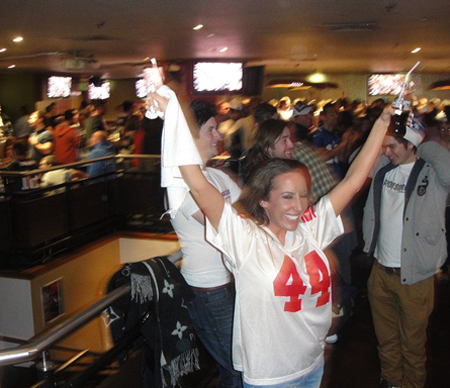 I was beyond words and was jumping up and down like a mad woman!!! I felt bad for Christian because he had to hear me the whole way to the hotel about how awesome my Giants are. The game was over at 3am our time and we took 1 of those big double decker buses back to where my hotel was. 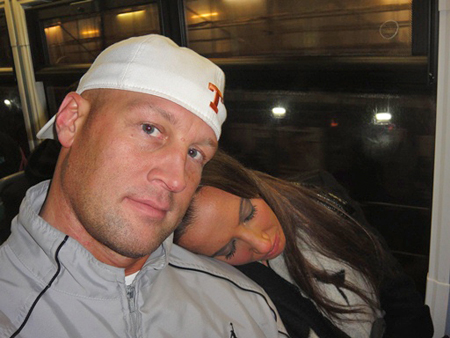 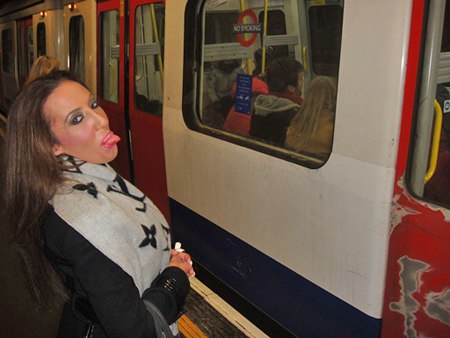 It was such a great experience being able to watch the Superbowl in a different country, the only bad part was we missed out on all the cool American commercials ? bummer! I did youtube all of them once we got back to the hotel. I also loved Madonna’s half-time performance, at first I wasn’t that excited that she was doing it, I wanted my girl Lady Gaga to perform but once Madonna started rocking out and I saw Nikki Minaj and Cee-Lo I thought it was Un-Real! I especially loved when she did “Like a Virgin” considering that was 1 of my favorite songs from her, I even caught Christian singing away to it LOL

Congrats to my team the NY Giants on becoming the World Champions and Mr. Elite Eli on his MVP award, you deserve it!!!!!!!!!!!!!
Go Big Blue baby!!