The first was an Australian woman who accused him on Facebook of drugging and sexually assaulting her backstage at a concert in 2013.

Riff Raff has denied the sexual assault allegations made against him. 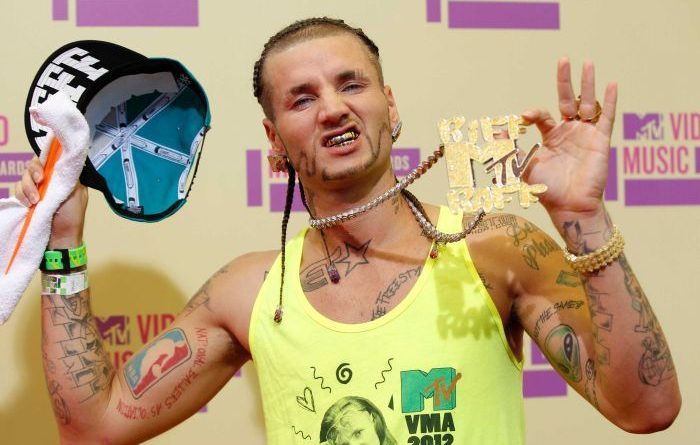 Another girl has now come forward and said she was 17 when Riff Raff tried to get her to have sex with him when he came to Milwaukee, Wisconsin with Warped Tour. Kelsey Doucette, now 20 met Riff Raff back in 2015.

Are you telling me a rapper actually tried to get a girl to have sex with him?

THE HELL YOU SAY!

She said she met him at a meet-and-greet at the festival along with four of her friends. Then get this … he thought she was hot and wanted to have sex with her.

Her accusation is that he tried to get her to have sex, by (get this) flirting with her and offering to hang out with him on his tour bus.

No, I’m not making this story up. No, it’s not meant as a joke or a spoof the many very serious #MeToo allegations that are legit. This is actually some girls account of something that happened to her.

Some guy who happens to be famous once flirted with her and tried to get her to have sex with him.

She called the experience “so awful”.

You met a rapper, he flirted with you, invited you and your girlfriends to hang out with him on his tour bus. He wanted to have sex, you didn’t, so you left and that’s that.

Does that person really not understand what the #MeToo movement is really about?

This girl is no more a victim of sexual misconduct than my left toe is. She clearly is just looking for her 15 minutes of fame and the problem is, these fake victims take away from the girls who have had problems.

We decided to speak with Riff Raff’s ex-girlfriend. I figured if anyone had the scoop on him it would be her. I don’t think he’s the kind of guy who knows how to be faithful but that doesn’t make him a rapist. I do think he’s the kind of guy who puts himself in bad situations. You can’t have sex with so many girls without someone eventually crying rape. It’s not right, but it happens and he has nobody to blame but himself because he put himself in that situation in the first place. He can’t just be with one girl and be faithful. He’s always got to chase the next best thing.

I feel bad that someone #MeToo’d him. But he had to know eventually, with all the girls he slept with, someone was going to be bitter and call him out for something.

Don’t get me wrong, I don’t think it’s ever okay to cry rape if it’s not true. I’m just saying I know Riff Raff and I don’t think he’s the kind of guy who would do something like that. He really doesn’t have to. Trust me when I say, I know first hand just how many girls line up to have sex with him.  He doesn’t need to drug and force anyone. In my experience, they are all too willing all on their own.

It’s only after the fact that they find out they were just another girl that he won’t remember the next day that they get upset and that’s where the trouble starts.