Despite the complaints from parents, the videos seem to be a hit with viewers, garnering hundreds of thousands worth of views.  One of the videos titled “not banned Roblox sex” that runs for slightly below 3 minutes has garnered over 350k views.  Some of the videos have been on YouTube for months, and most of them have over 100k views. Some of the titles you are likely to encounter include “Roblox sex with hot babe,” “Roblox sex really nasty not banned,” and “Roblox new sex game found.”

“The types of gameplay on Roblox are just as limitless as the imagination of the creators themselves.”

But what is the game about? The game has been around since 2006 and has millions of players worldwide. It is designed for children and allows players to develop their own mini-games and virtual worlds. On top of that, players can create their own avatars and speak to other gamers in real-time. The game is available on various platforms including iPhone, iPad, Mac, Windows, Android, Xbox One and Facebook’s Oculus Rift. PEGI, the body tasked with regulating adult content across Europe and the United Kingdom has given the game an age-rating of 7+. Apple has however given the game a slightly higher rating of 12+ on the App Store although the bottom line is Roblox is a game for children.

The game features cartoon-like graphics, and the characters’ colorful appearance means the game is sure to attract younger kids as well. Exposing such kids to graphic sexual content has been condemned by no less than the NSPCC Associate Head of Child Safety Online, a certain Andy Burrows.

He said: “Gaming platforms need to be appropriately moderated so that young children are not exposed to such inappropriate material.”

“It’s just as worrying that YouTube is hosting these videos that can be easily accessed by children. It shows why tough Government regulation to force social networks and sites to keep children safe is needed, with proper consequences for those that fail.”

According to a YouTube spokesperson, “YouTube’s Community Guidelines clearly state that sexually explicit content is not allowed on our site.”

“We remove flagged videos and channels that violate our policies, and in some cases, we age restrict material that, while not in violation of those guidelines, contains images that may be unsuitable for younger users.” 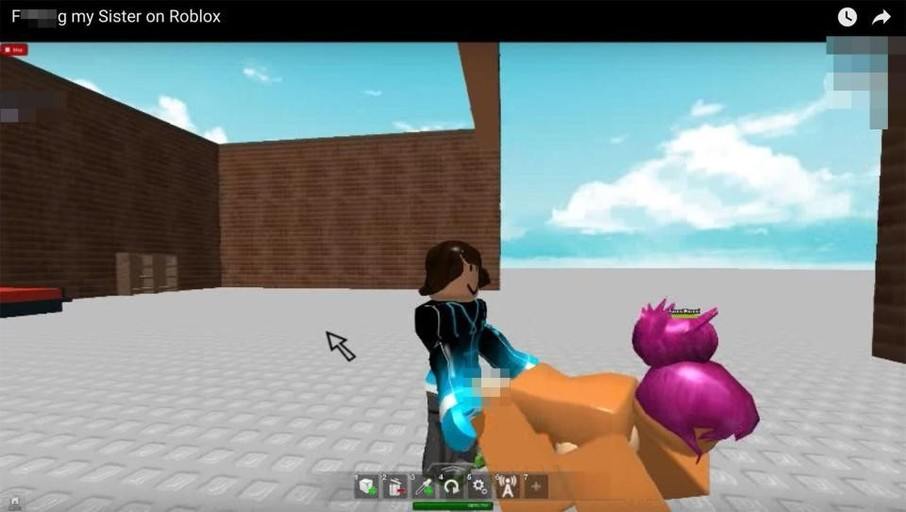 A parent from North Carolina, Amber Petersen, took to Facebook to express how ‘traumatized and violated’ she felt after she found her daughter’s character being gang-raped in the iPad version of Roblox. She claims to have seen male private parts and promptly snatched the gadget from her daughter.

She said on Facebook: “My sweet and innocent daughter’s avatar was being violently gang-raped on a playground by two males.”

“Thankfully, I was able to take screenshots of what I was witnessing, so people will realize just how horrific this experience was.”

“Parents/Caregivers…not only do I urge you to DELETE THIS APP; I hope you will take another look at all of your devices and their security settings.”