In his statement to Rolling Stone, Ron said, “I get paid to show up to these shows, events, and photo shoots and touch the people and they touch me.” Before adding, “This is what I do for a living. I am not Kevin Spacey, Louis CK, Weinstein, or Cosby.” On her accusations, former performer Jennifer Steele told Rolling Stone that Ron “doesn’t hear no.” She accused him of raping her twice in 1997, adding “He just kinda keeps going and pretends like you didn’t say anything.”

For context, this is the first time in 38 years that the veteran will not be attending the AVN Awards.

About being banned from the awards, Ron termed the event as conservative. “[The awards] are a lot more conservative than you would think they are. I would follow the rules, but I guess they thought I wouldn’t,” he elaborated. I’m not God’s gift to women. I am not saying, ‘Step back Brad Pitt and Tom Cruise, Ron Jeremy is here.’ I am old; I am chunky. [But fans] want to see it.”

However, he still hopes to be invited to the next event in 2019. It doesn’t appear like the veteran is too pleased to miss out on this year’s edition.

In the wake of several allegations against multiple prominent personalities, the AVN Awards ceremony adopted a ‘Zero Tolerance Harassment Policy.’ This year, as part of the policy, they included prohibitions on “unwelcome physical contact” and “photographs or recordings that violate privacy (e.g., upskirt shots, shooting in non-public spaces),” read a report by Page Six. Because groping falls in the category of unwelcome physical contact, the organizers had no choice but to ban Ron Jeremy from attending. Considering his admission to the act, there was only going to be a single outcome. Over 12 women have in the past 30 years come forward to accuse the legendary male pornstar of sexual misconduct. 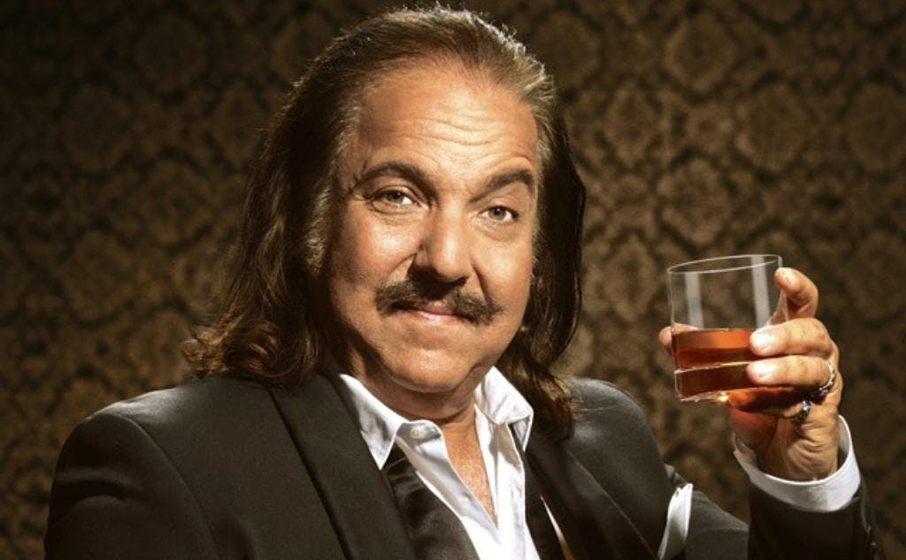 Accusations against Ron gained traction when in a video released in June 2017, adult film star Ginger Banks began detailing Jeremy’s alleged improprieties with multiple different women, including herself. However, he vehemently denied those accusations saying that for over 40 years, he has been paid to attend events and interact with fans without complaints. He said that fans line up in long lines and pay money to meet him. According to the porn veteran, ‘They want autographs, pictures, to flirt with me, physically grab me in different areas (usually my clothed penis), they ask me to touch them, and many ask to have me sign their boobs.’

What he is paid for

While the accusations go beyond just groping, Ron had an interesting thing to say about his line of work and how he gets to grope and get groped back. He said, ‘When I take photos with fans and other performers at these conventions, signings or events, I do sometimes kiss people on the lips or the cheek, sign boobs or whatever they want. There is ‘put on’ flirting and touching for the photos.’

In fact, he feels that this is what he is paid for. About the videos put out by Ginger Banks; he said ‘if you look closely, you see that everyone in the videos is laughing and ‘groping’ too. That I’m not running up to them, they come to me.’

Sexual accusations have been coming from all directions in the last few years. With sexual scandals being the downfall of many prominent personalities, it appears that still, Ron Jeremy is going to bounce back from the AVN Awards snub. However, one thing that’s for sure is that sexual misconduct will continue to be a hot topic in 2018.