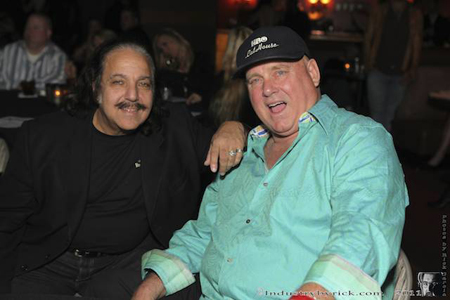 The plan concocted by Rescue Link, a hardcore group of animal activists based in New York, was to have Jeremy invite Magnotta to a fake LA film set, but instead Rescue Link activists would be waiting in the wings to nab him and turn him over to the authorities. The group had former Playboy Playmates Sia and Shane Barbi, AKA the Barbi Twins, connect with Jeremy to convince him to take part. But Jeremy tells CP, “I told Sia I’m willing to do things to help, do public service announcements or whatever it takes, but I’m not law enforcement. How do I catch somebody?” Jeremy adds “That’s a little bit out of my league don’t you think. It’s like an episode from a TV show. The (guy) comes to the set with lube in one hand and his schmeckle in the other thinking he has a job and the cops tackle him to the ground. That’s good for the movies. That doesn’t work in real life.”

The Barbi Twins and Rescue Link expressed concern that the man accused of killing kittens on video could eventually harm humans. According to Sia, “I think it kind of spooked Ron. It just got a little creepy for all of us.”

Last month Magnotta was brought back to Canada from Berlin to face charges in the May murder and dismemberment of 33 year old Lin, whose body parts were found in a suitcase outside Magnotta’s former Montreal apartment, in parcels sent to two schools, to Liberal and Conservative party headquarters in Ottawa and in a Montreal park.

Magnotta has pleaded not guilty and his preliminary hearing is scheduled to begin in March of next year.