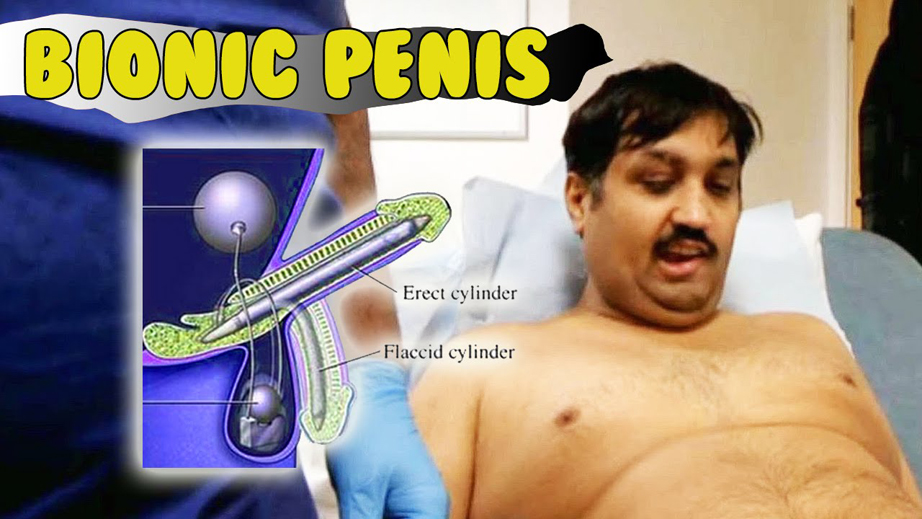 There are some body parts you can live without and some you just can’t. For men, our dicks are extensions of our identities, which is why we constantly obsess over its size and virility. Our dicks are our manhood.

For one Scottish man, Mohammed Abad, that wasn’t always the case. Abad lost his penis in a horrific car accident when he was a young child and thanks to sci-fi surgery was retrofitted with a bionic penis in 2012. But said bionic penis was not fully operational until early last year. With the wait finally over, at 43-years-old, he was excited to finally lose his virginity and said this back in January 2016:

“I have waited long enough for this. It’ll be a great start to the new year. My penis is working perfectly now so i just want to do it. I’m really excited. I can’t wait for it to finally happen.”

Since losing his v-card to award-winning sex worker, Charlotte Rose, Abad has been inundated with a bevy of sex offers from plenty of inquisitive women. That probably has to do with the fact that he lasted over TWO HOURS during his first sex encounter!

“They’ve heard about my bionic penis and they want to try it out. They are all very intrigued and think I can make love for hours. It’s not that I don’t want to…but I have been so busy with work. I work 14-hour shifts every day and by the time I get home I’m just too tired for sex.”

In case you were wondering how in the hell did doctors successfully work their arcane magic, let me break it down for you: doctors used skin and tendons taken from Abad’s left arm to construct a functional penis with full sensory benefits. With a touch of a button located on his testicles, Abad can instantly “pump” up his 8-inch penis prosthetic when he wants to party. Yes, exactly like the Reebok shoes of old!

Even though Abad cannot father children due to a botched attempt at harvesting his sperm from his one remaining testicle, his number one priority is still getting married.

“We’re speaking to a few parties at the moment. I don’t care what she looks like – she could be tall, short, thin or fat. I prefer personality to looks. My parents will find me a suitable match.”

I think a round of applause is in order. Let’s give it up to the Bionic Lover.