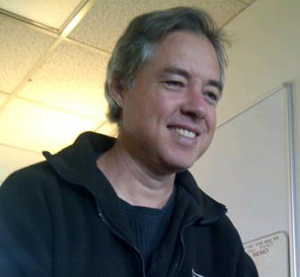 My email box is overflowing with questions from my readers about the sale of LIB. You know I am honest with you, so I will answer anything you ask, the best I can.

Have you sold it yet?  No I have not.

Would you sell to those anti-porn people?   My pick would be someone who would carry on the tradition of free speech and crazy controversy that Luke Ford and I worked toward. And I would like the honesty and support of all opinions expressed that I try to honor. BUT to be realistic, I will sell to who offers to buy, if i have a choice among people/companies I want who is closest to my standards. If I don’t have that choice, I will sell to who writes me a check. I don’t love saying that, but I’m not going to lie to you. And truthfully, after working very hard on this for five years, and having to give it up, I would like to be as honorable as I can in it’s continuance, but I also have to be true to myself and my medical bills.

You are writing a book about porn and are going to expose all the secrets you have been told! Ha ha ha ha. NO, I am not. At one time about five years ago, I was working on a book project I called “Real Life Love Stories” , which was to be about people in the industry who had been together in adult for a long time and were making it work. I did many couple interviews. Problem was, even tho I picked people who had been together for years, they were breaking up. So as I would interview a couple to add to my story, another couple who I had already interviewed was spliting up. Just like in the real world, the breaking up rate was huge. So I couldn’t get ahead of it to put out a book, before couples that were to be in it were spliting up. I thank all the people that gave me their time for the book, that will probably never be.

Can I donate toward buying LIB? Hmm, maybe, I guess if there was a group of people would wanted to buy it , we could set something up. We could put up a donate button. That isn’t really something I envisioned, but not a bad idea, so thanks. I’ll think about it.

Any one that has in interest in owning this site and who wants to continue it in a similar fashion , with of course your own twist on things please contact me. Let me just say, that time is running out. Sometime in May, I will be changing lanes. And if you never saw that movie, you have missed something in life..

[email protected]  send me more questions and I will answer them

PS- Almost forgot, I got about 20 requests for interviews. If the above stuff didn’t answer your questions, or if you want more info, feel free to send me an email with your questions and I willl answer them   [email protected]  But I’m not doing any interviews for the general public.