For the softcore, pin-up style company known as SuicideGirls it’s been a successful story of bringing alternative lifestyles to the masses. They invite people to step out of the norm, and display one’s beauty in a different light. Though the majority of their content is image based, they’ve released a couple video gems worth checking out:

And now, a third 90 minute video has recently been released (within the past couple weeks) entitled SuicideGirls: UK Holiday. This one showcases 30 SuicideGirls living in a converted windmill for a whole week, as seen in the trailer at the top of this post. 30 sexy girls. Living in one wonderfully converted windmill in the English countryside. Sounds like heavenly bliss to me. 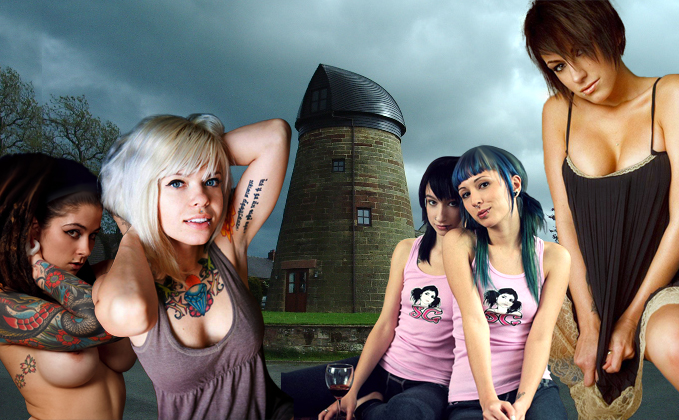 SuicideGirls also have a radio show based in LA that celebrities often call in on. They’ve even had Ron Jeremy on the show, which is pretty cool. Lastly, I can vouch for their hardcover book Beauty: Redefined, which I own and is 300 pages long full of vibrant colours and voluptuous tits.  I suggest getting a copy to accompany you through cold, long nights alone.

Our Emo Category On Porn.com Will Get You Through Those Lonely Nights Too!