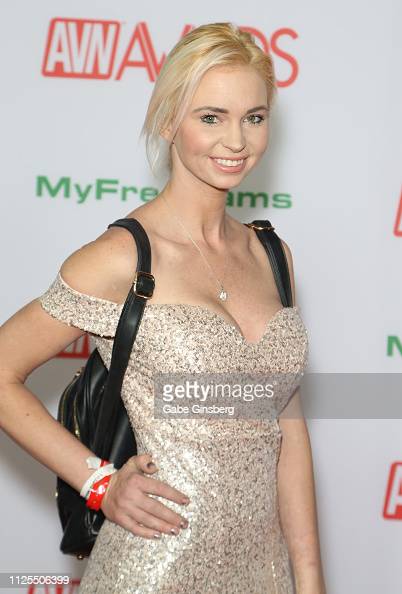 Over the years I’ve dealt with some batshit crazy performers, all of them unique in their own sort of way. From women rapists to women beaters, I had thought I’d seen it all. That was until drunk Astrid Star showed up on my radar…

Quick refresher, she popped up on my radar after she bullied performer Tana Waters. Tana made the messages public and bam, Astrid got a post.

Astrid, thinking she’s smarter than a 4th grader, retweeted it 2 times without reading it, finally, another performer told her the contents and she began DMing me. So this post went up:

After that post, Astrid decided to comment on the site, over and over and over again. Now she’s not that bright, so all the comments she left under different names were from the same IP address.

Me being immature and petty decided to make fun of her once again, thinking to myself, she will surely shut the fuck up…

The Astrid Star Navy/Marine of One #DWI #Drugs #AstridStar

She knew I had her IP, she decided to try and change it up, unfortunately, the 40 comments left came from the same IP’s, and all could be tied to her. Her use of–> ! <—, using the wrong spelling of your/you’re in almost every single one, and she copy and pasted the same comment using different names, talking to herself on the site.

Her main concern is she keeps saying she was in the Navy and somehow I “stole her valor.”  lol Not one time did I ever say she wasn’t. In fact, this is probably how it went down

Astrid, fresh off her 208 SAT score realized that college was out of the question, with her limited looks and few job prospects she heard that the Military “ had to pay recruiting bonuses and lower its standards.”  (2007/2008)

She was like this is perfect for me, how do is sign up. After buying a new Big Chief tablet and a husky pencil, she practiced writing her name over and over again, after all, this was her big moment, like Eminem in 8 Mile, and she didn’t want to throw up spaghetti, and mess it up with sweaty palms.

After much debate the Navy said, lets take a chance on her, but lets make her an Operations Specialist, the most common job in the Navy.

Astrid tried to imply she was a “911 Vet”  she was not, she was like 12 when 911 happened. She then went on and lied and claimed she was active military, another lie, she then claimed to be an 8 year vet, and a 10 year vet, all the while her Linkedin says something else.

She never had Top Secret Clearance, her job didn’t require it,and she wasn’t in long enough to ever attain  it, she’s just too stupid to know what top secret really means.

If an individual would be able to access classified information of the highest sensitivity, then a Top Secret clearance would be required.

There are several types of stolen valor, and ex-military aren’t exempt from it.

Stolen valor is a term for the behavior of military impostors: individuals who lie about their military service.

Leading people to think you were Military when 911 happened would be considered stolen valor, lying about security clearance, while not stolen valor, is misleading people into thinking you’re some sort of high end military personnel, you were not, this is frowned upon by the people who were.

Which leads me to all your comments, all the pro Astrid comments came from the below 3 IP addys:

It would seem the Astrid Army is located in the same area, and here’s a good one, the whole Astrid Army stopped posting after Astrid made this tweet last night:

And you know what else, the Astrid Army twitter account stopped DM’ing and tweeting around that time as well.

That’s Astrid pretending to be a fan replying to a tweet from a few days ago.

Apparently, Astrid Star sacrificed her life for people like me, she will be missed. LOL!  If Astrid was Killed In Action, who’s  pretending to be her?  Was her top secret clearance so top secret they had to fake her death? Is Astrid Al Qaeda? Is she a Chinese Spy?  Even worse, Did she push Joe Biden down the stairs of Air Force one? if so, who paid her?  Is she really Joe Biden’s friend Corn Pop in disguise? He was a bad dude.

Enough of these conspiracy theories, lets read some of Astrid’s comments.

The misdemeanor dui was on may 12,2012 !! You just made yourself look stupid. Lmao

She never got a dui // And has no felonies. Her record is clean

LOL  Her arrest for DUI is public record, and shes now contradicted her own self

She already proved you lied about everything you said and she gave evidence she served in the war on terrorism and afghan and iran war.

Holy shit, when did we go to war with Iran?

Last chance leave our sailor alone
because we will never give up.” Honor, courage commitment”. Whatyou did was illegal and we all have proof of it. You messed with the wrong group and a true sweet navy veteran girl. Your an evil person and I hope you have learned your lesson and stop bullying people and making up rumors and lies especially to innocent people who don’t deserve it

Bully? isn’t your bullying of Tana how this all started?

Remember. these comments are all the same 3 IPS.

I am a marine who served in the marines. For you to speak down on a navy veteran that I personally served with is a disgrace … You will be found
Yours truly
-DevilDOG
USMARINE

Your posts are all lies. I served with Astrid Star in the Navy. If you are saying she is lying I will personally come out on video proving I served with her . Your a piece of shit and a loser for trying to take away someone’s service and hard earned sacrifice . It is also illegal to deny someone their military service .

She used the wrong “you’re” in almost every comment

Astrid pretending to be 17 different people up to this morning. I’d post them all, but I’m sure you get the point.

This is Astrid responding to Astrid:

He obviously is that stupid . Look how many people and navy/military are willing to get back at him for messing with one of our sister in arms . You never want to mess with one if us. We will die for each other . You should have never went after the military and veteran community . We are a tight nit community and you just woke up the sleeping bear. Final warning to stop messing with one ornament our own.
Sincerely, CDR Powell, Astrid’s Army.
US Military

I find it odd,  that Navy people are calling themselves Astrid’s Army vs Astrid’s Navy, but then when its dumbass Astrid this is what you get.

This man is tying to steal Astrid Star Valor which is illegal ! You can’t take away someone service when they have proof and a dd214. This dude isn’t untouchable he’s going to jail. Updates coming soon

No one listens to what he says and he has no friends so he thinks by bullying sweet women they somehow will fuck him because he’s too scared to go up and ask Astrid to fuck him so instead he thinks by writing articles about her it will get his attention and he may have the chance to fuck her. He’s delusional . He’s irrelevant and a nobody that’s why nobody takes what he says seriously .

Do your research heroin junkie

9/11 is the longest war in history

The other giveaway, she’s the only who refers to the war on terror as the “911 War”

I would actually like that. They cancelled AVN this year, so I wasn’t able to threaten anyone. I’m overdue

This guy is fucked . You should never mess with military brothers and sisters in arms. We have already fought together and we aren’t scared to die for one another . Leave our sister in arms Astrid star alone . Last chance civilian last chance .
-DOJ Affairs

Why do you care that Astrid legally has a top secret clearance and can prove it . It seems you care so much because you are scared and trying to hide something illegal you have done. Like underage girls at your home.. and other allegations. Everything comes out to light . We are already digging one thing cool about our job is we are government and can get behind firewalls..your secrets aren’t safe

Apparently, Astrid can get behind firewalls, but is too fucking stupid to use a Proxy

We protect each other and would die for one another but you will never know about loyalty because all you do is sit behind your keyboard in your mama’s basement licking peanut butter of your own penis.! Vets and military don’t fuck around. Stop making up lies about Astrid Star

Astrid, if I could lick peanut butter off my dick, I’d be way more popular than you think you are.

How does it feel to be such a nobody, you have to bombard my site with your own comments. No one gives a shit about you, let it go.