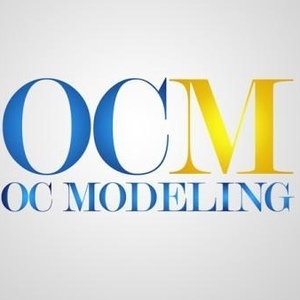 Agencies, like performers can be grouped into tiers. When I first started working for TRPWL, I considered Direct Models, Spiegler, ATMLA and OC as the top 4. They had the best girls, booked the most work, and had the fewest complaints.

Flash forward a few years and I began to notice complaints about Sandra from OC.  Most of the complaints were behind from closed doors, which I didn’t understand, come to find out, most of the people who left Sandra/OC were owed money. When someone owes you money, and you want to collect, you don’t put them on blast.

TBH, if I blasted every agent who owed a girl money, TRPWL would take away my log-in and the site would look like a collection agency.

It wasn’t until Only Fans popped up that I began to see how much of a thief Sandra really was.

When you sign up for OnlyFans, they give you a referral link, which is no different than 99% of the other adult oriented sites. You in-turn can make money by signing people up, which comes out to 5% of EVERYTHING that person earns as long as they have an account with OnlyFans.  Sounds like a a great deal, an even better deal if you own an Agency and can just sign your girls up at random.

Sandra’s plan up to this point was foolproof. She could sign up her roster, and since she controlled their bookings, coupled with the fact it didn’t cost the talent anything, they didn’t complain. The problems arose when one girl had an account but Sandra asked her to use a new one, and had the new account all set up. Calls were made to Onlyfans, after a little digging, it was discovered that Sandra had signed up at least 16 girls, all from the same IP address, including the performer who made the original complaint, which was a clear violation of Only Fans TOS. When OnlyFans questioned Sandra, she claimed that all the performers came to the OC office and signed up, one right after the other, the issue with that was the original performer who complained, was 1000 miles away when according to Sandra, she was in the office signing up.

Talk about lucrative, force girls to sign up on your referral link, collect 5% for doing nothing, if they complain, fuck with their bookings. I’m not sure how much she was collecting, but I’m pretty sure it’s over 25k a year, probably much much more.

When Bobbi Dylan left OC, she even asked Only Fans about the referral link:

When Bobbi asked OnlyFans about starting from scratch, look who chimes in, the person collecting the 5%. Shady Sandra is making about 500 bucks a year off Bobbi. Bobbi has no real options, her content is loaded, she has subscribers, if she wants to keep making money, she’s got to keep putting money in Sandra’s pocket.

I know of a girl right now, who walked away from the business, has quit making OnlyFans vids, and brings in 2-3k a month, still. Sandra’s scam is the gift that keeps on giving.

I call it a scam because most of those girls would have never signed up using Sandra’s link, they certainly wouldn’t have all come down to the office to do it all at one time.

There are several big names attached to OC that have been scammed by Sandra, whether it be via Only Fans, or other social media outlets, they have talked to me off the record, if you include their complaints, and believe only half of what they say,  Sandra allegedly has scammed well over 100k from them.

Sandra ran the same money grab on SnapChat. It got so bad that some girls just stopped selling snap after leaving OC. They got treated so poorly, they didn’t want to put one cent in Sandra’s pocket.

If OnlyFans wanted to keep things like this from happening in the future, they would have affiliate deals that ended after 12 months, the model would get the option of renewing under the same link, or they could continue on under the normal sign up.

The complaints don’t stop with social media. One high profile girl told me Sandra ran the bait and switch several times, making the girl who was available look unprofessional by not being available. Double billing seemed to to be the other issue, things happen, but not at the rate OC was accused of double billing.

Earlier this year, Sandra launched a clothing line, which in itself is no big deal. Just about every agent has a side hustle, but Sandra involved others in her shady practices.

Interestingly enough, Sandra bought her clothing domain in August 2018. Not one time did they tell anyone their plans, they just kept gathering info for their own line. It’s this type of inside information theft that leads to most specialty companies using no compete clauses with it’s employees. However, when you’re a family friend, that stuff sometimes falls by the wayside.

After the launch, Sandra had her OC Girls make the same copy and paste tweet letting fans know about the clothes, from Dani Daniels to Jessa Rhodes to Erika Icon’s client Sarah Vandella, and everyone in between. Smart move, hitting close to a million views via tweets, but dumb, because at least one person who actually ordered didn’t get their stuff. Who did they blame? The performer. The non-industry person began harassing the performer on social media as well as through email, finally the issue was resolved.

From an ex-OC Model on Twitter, “They don’t call her Shady Sandra for nothing.”