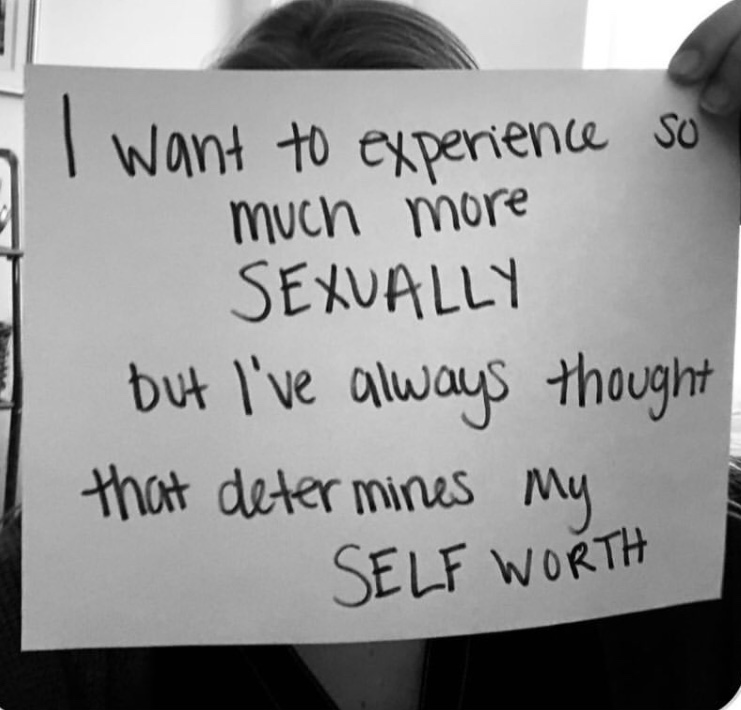 ‘Shameless Sex’ podcast queens April Lampert and Amy Baldwin have launched a personal and powerful ‘shame-busting’ campaign on their Instagram page @shamelesssexpodcast to give an unapologetic voice to women and their sexuality.

The sex-ed hosts are running a contest “inviting women to take photos of themselves ‘outing’ their sexual experiences and sharing these personal moments with others in a positive, supportive place,” says Baldwin, noting that she and Lampert have already received an overwhelming amount of entries and online participation.

Women can join in the ‘Shameless Sex’ revolution by sharing their sexual confessions or desires – whether an admission of an affair, same-sex exploration or desire for someone other than their partner – to social media (white paper, black Sharpie and bold lettering will do), tagging #shamelesssex or sending it to Lampert and Baldwin, and it will be posted to the pair’s Instagram page.

“People are commenting on how grateful they are that we are highlighting the diversity of female sexuality,” says Baldwin. “Women are saying that it feels very freeing just sharing their story. We are bringing REAL experinces out of the shadows. At the same time, the campaign is also pushing people’s buttons – especially when it comes to infidelity and dating married men.”

The contest, which runs through Friday, February 22, was inspired by Wednesday Martin’s popular book Untrue: Why Nearly Everything We Believe about Women, Lust and Adultery is Wrong and How the New Science Can Set Us Free.

“We’re breaking down myths and telling it like it is, and we encourage our ‘Shameless’ listeners to share their sexual beliefs, longings and thoughts with us,” adds Lampert, “and find inspiration in the beautiful and amazing Instagram images we’ve already posted this past week.”