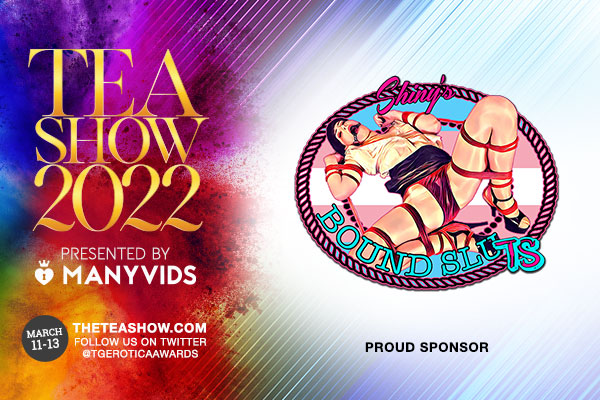 “Being a long time producer of TS fetish content, we wanted to jump into our first year at the TEAs with both feet,” said company owner, Shiny. “We are honored to be a featured sponsor of this year’s awards show and look forward to many more!”

“As a fan of Shiny’s work, we’re thrilled to have him as a sponsor of our event,” added TEA Executive Director, Kristel Penn. “He features so many of the trans performers you know and love, and I think it’s awesome to see them in these kinds of scenes. It only further elevates the trans genre in a way that includes diverse, creative representation and I’m here for it.”

ShinyBound Productions started filming bondage and fetish content in 2015, and opened the TS fetish site, ShinysBoundSluTS.com, in 2017. Since their inception, the company has worked with many of the top TS performers in the industry and continues to make creative and sexy bondage content unlike anything else out there currently. With a diverse and loyal fanbase, the company has grown exponentially and has no plans on stopping any time soon.