Alicia Young also known as the “Boob Blogger” has become an online sensation with over 5.5 million hits since she launched her big titty blog November 5th, 2012. The blog is titled “Los Escotes De Alicia” which translates to The necklines of Alicia. In each post she is wearing a low cut top while going about her everyday life. Some times she wears nothing at all just covering herself up with only her hands. The thing is she never reveals her face, leading to speculation if her name is even Alica Young. Her fans want to know what she looks like. She must find some satisfaction from being anonymous or she could be a but-her-face! 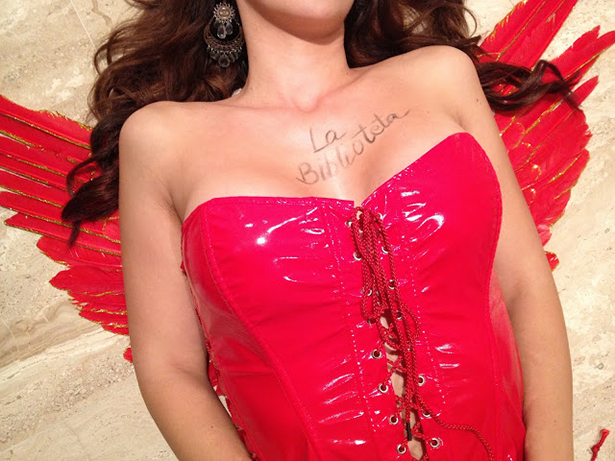 She also writes words, names and phrases on herself in some of the images. Each post has a caption describing what she is up to that day ~ such as hanging out with friends, baking, decorating for the holidays, going out for coffee to working.

Her blog is believed to be based out of Valencia, Spain. This mystery blogger who claims to be 31 and of British origin.

Do you know the identity of the so called ‘Alicia Young’? Email us at [email protected]