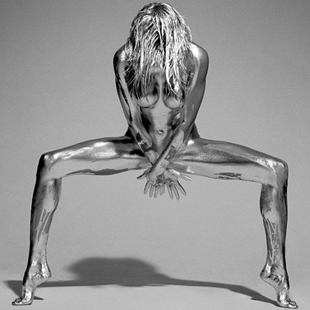 THE FUTURE IS NOW!!!

I should preface this blog by letting everyone know this feels like something straight of the XXX-Files.  Or better yet, the XXX-Men.

So there is a medical microbiologist at the University of Manitoba by the name of Dr. Xiaojian Yao, who is a specialist in the research of the HIV virus that says he’s discovered a new agent of protection against the virus and others such as Herpes.  No it’s not the mighty Galactus, the sole survivor of the universe existing before the Big Bang.

It’s far from a cure but it’s a protective measure that could prove to be the most useful tool in this day and age especially under the scrutiny and tyranny of the recent bill that had been passed.  Are you ready for this?

Dr. Yao and his team coated condoms in microscopic particles of silver which apparently has long been known for its disinfectant properties, and when they brought the silver condoms in contact with HIV and Herpes, they both were inactivated.  Additionally, they discovered that both theT-cell and macrophage strains of HIV, as well as drug-resistant strains, were highly susceptible to the silver nanoparticles, and they also acted to prevent the growth of bacteria and fungi.

It’s important to note that this research and development is still in its infant stages, as even the Doctor himself is not sure how and why the silver nanoparticles deactivated the virus.  Nanoparticle research is also being done in other fields of science due to the fact that they act as a bridge between larger substances, and atoms and molecules.

When asked about his findings, Dr. Yao says, “at such nanoscale, the extremely small size of silver particles exhibits remarkable, unusual physio-chemical properties and biological activity,” according to an article in the National Post.  From my own peanut brain, it sounds to me like he has no idea how the shit even works?

So how did this actually come about?  I’m not sure I buy the idea behind a random incident that brought him to the findings of the silver surfing condom.  Furthermore, since the mere presence of the nanoparticles inhibits the viruses, bacteria and fungi, and the particles do no wash off, anyone who may handle the condom after use would also likely be protected from any potential infection.  So, if you were planning on throwing that silver surfing condom away, don’t bother.  Use it as a candlestick when you’re done!  Or better yet,  turn it into a spoon. I dare you!

Another interesting item of discussion with silver nanoparticles is, they do not cause inflammation and are, in fact, anti-inflammatory, according to the study. Although some silver ions are toxic, the silver nanoparticles themselves are relatively non-toxic, and since the reality is, the condoms would be discarded quickly after use, exposure would be limited.