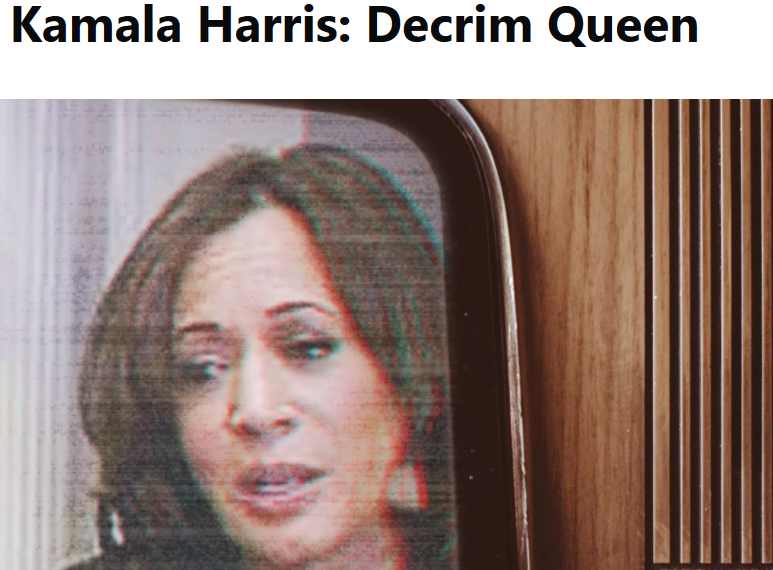 Slixa.com is closely watching the actions of the U.S. federal government – and California senator Kamala Harris – amid the erosion of sex workers’ safety and legal rights this past year in the name of combating sex trafficking.

In its new blog post “Kamala Harris: Decrim Queen”, the adult entertainment services site affirms that the presidential hopeful is now walking a fine line between speaking up for decriminalization of consensual sex work and supporting FOSTA-SESTA, the anti-sex trafficking law that has crippled the industry.

The opinion piece notes that Harris’ “sudden new stance is merely political posturing…her history tells a story of a politician overly-reliant on police and the justice system, which has a history of oppressive treatment and policies of some of the country’s most vulnerable communities (native populations, people of color and sex workers among them)–and her history is what she keeps asking us to examine.”

Her efforts to shut down sex-for-hire markets such as classified ads website Backpage, which she claimed facilitated sex trafficking, non-consensual work and the pimping out women and children, succeeded in 2018, and Harris insists that “I have no regrets about that.”

Slixa adds that Harris’ “response to the outcry from sex workers about her support of FOSTA/SESTA and help in the closure of Backpage is simply to offer hollow words that reiterate her position as a politician who routinely calls the cops on her neighbors.

Slixa adds that “Harris likely does support decriminalization, but it is Nordic Decriminalization, which is still hugely harmful to providers, and, again, she is suffering from the inability to speak about the sex industry with any kind of nuance.

“And, without the repeal of FOSTA/SESTA, her brand of decrim doesn’t do anything particularly proactive about giving the community back tools for safety, nor does it lend any much-needed legitimacy to sex work as work… it’s worth noting that human rights groups and organizations like Amnesty International oppose the Nordic Model, which isn’t even remotely like actual full decriminalization, despite the ways in which Kamala Harris conflates the two.”

While sex workers and advocates would be happy to take her at her word, Slixa adds, “Harris still has a long way to go. And as far as we’re concerned, history has a high likelihood of repeating itself.”