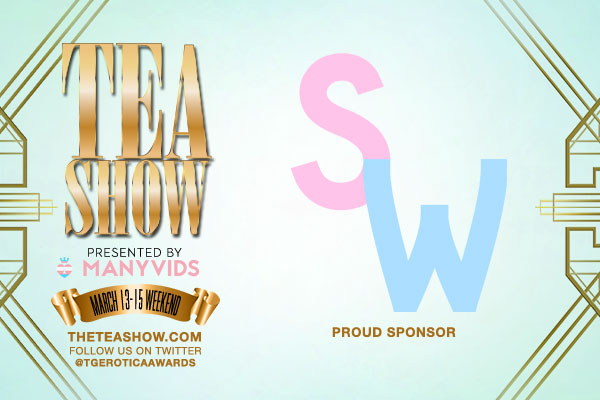 SluttyWolfe Studio is proud to announce its sponsorship of the TEA ‘Best FtM Amateur’ Award. The company is run by adult stars Nicko Wolfe and Shiri Allwood.

“To be trans masculine is like trying to be a superhero without powers. It’s hard, to say the least. When my girlfriend feels down and dysphoric, perhaps invalidated by greater society, she need only open Twitter and scroll endlessly through her feed of gorgeous glorified peers to remind herself that trans women aren’t only accepted, but revered by many. Conquering dysphoria and feeling valid is hard for all trans people, but we trans men struggle to feel accepted and desired, especially when industry representation for us all but disappears. We are just as valid, important, and desirous as our trans sisters and cis brothers.”

“It is always a difficult and complicated decision process to determine our categories each year for the TEAs,” said TEA Executive Producer, Kristel Penn. “As always, the ethos of our show is inclusivity and diversity as much as possible, and we appreciate that Nicko and Shiri approached us wanting to sponsor our FtM category. In the past, the category traditionally included trans masculine performers who worked with studios or were featured on membership sites. This year, the criteria has expanded to include content creators and cam performers, giving a much wider spread of nominees to recognize. I’m particularly excited for this award and thank SluttyWolf Studio for sponsoring it.”

“This decade has also seen an increase in trans masculine youth, and they are strong, creative, and passionate about their identities,” added Wolfe. “As they come of age they will notice the lack of representation. Let’s show them as an industry that we’re ready for 2020, the decade of trans men, with the ‘Best FtM Amateur’ award.”

The nominees for the ‘Best FtM Amateur’ Award will be announced soon at theTEAShow.com.