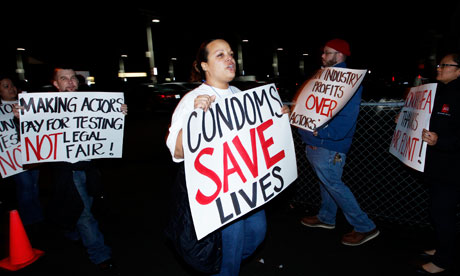 So, the unthinkable has happened. The government now has the power to tell you how to fuck.

It’ll be a couple months, I’m sure, before the gov’t figures out how to enforce the rule. So far, the best enforcement plan is surprise set visits.

Will producers go ahead anyway and film skin-to-skin sex? Will they appeal?

But more importantly, how can the government force an industry to make a product that no one wants?