NL-Sophie recently did two indie horror movies. I love the picture of her covered in blood and I had to ask her about it!

1. What is your all time favorite Horror movie? (Can’t be one you are in, lol) lol. i love movie’s!!! so much thats the reason i started my site http://toplessmoviereviews.com i see so many. but my fave horror ones are torture movies. such as all the saw movies. i enjoyed all of them. i really like the movie The Strangers. as its very realistic. its based on a home invasion. and thats very scary

2. What happened to have you covered in Blood? And what was the blood made with? Did it taste good? im a cannibal , so i eat people, and also my blood is toxic , so i can kill people with it, pretty fun ? . it didn’t taste of any thing really. but it was cold. they spray painted me with this machine. not 2 sure what it was made of. but it did get really sticky.

3. Are you naked at all in the horror movies? im naked fully in cannibal blood girl. but you can not really see anything as im covered head to toe in blood . and the 2nd movie. just my boobs come out,

4. What are you doing for Halloween? i’ll be hosting a party for lee bang’s birthday. his bday falls the 29th. so we all get dressed up and have a good time, i think this year i will be a prisoner. its one of my fave feature dance costumes.

5. If you could have sex with a Vampire, a zombie or a werewolf, which would it be and why? lol. a vampire. because if they changed me into one, at least i will look normal… the other 2 would look horrid.

(LOS ANGELES, Calif. — October 4th, 2011) Welsh starlet Sophie Dee has the uncanny ability to infatuate all in her gaze, and recently mainstream directors are taking note. The actress landed roles in two upcoming indie horror movies which recently completed production. From her soft features and hypnotizing blue eyes to her stellar body and bountiful breasts, Dee’s appeal is transcending the artificial lines between adult and mainstream and positioning her to be the next crossover star.

The reigning Miss FreeOnes’ innocent disposition fits perfectly into the horror genre, and she even manages to look ravishing while covered in blood.
“It was very fun to work on these two projects, and very cool to play the killer in one of them. I cannot wait until they come out!” remarked Dee.

Dee will first appear in “Theater of Derange,” a compendium of five short films from top indie horror directors. She will play a deranged, cannibalistic, “Carrie-esque” killer in the segment titled “Cannibal Blood Girl” directed by horror veteran Creep Creepersin.

She will then appear in the horror/comedy “Unmimely Demise” as Kate, the wife of titular Cheeky the Mime. Armed with an arsenal of invisible weapons, Cheeky the Mime returns after 10 years to wreak havoc on anyone in his path. The film is from acclaimed writer/director James Cullen Bressack, hailed by the media as “Horror’s New Hope.”

“Sophie is one of the most professional people I have ever had the pleasure of working with. Not only does she know her lines and always on set on time, but she also has a very warm on-screen presence and a natural ability to perform. Her adorable qualities and dedication to her craft make her onscreen presence amazing. You truly forget who she is in the adult industry, and just get lost in her spot-on portrayal of the role. An amazing actor” lauded director James Cullen Bressack.

The two films represent a fraction of the mainstream attention the beloved adult actress has received lately. Along with recognition for her site ToplessMovieReviews.com on the world famous KROQ, Dee is currently being featured on the cover of Australia’s “People” magazine. 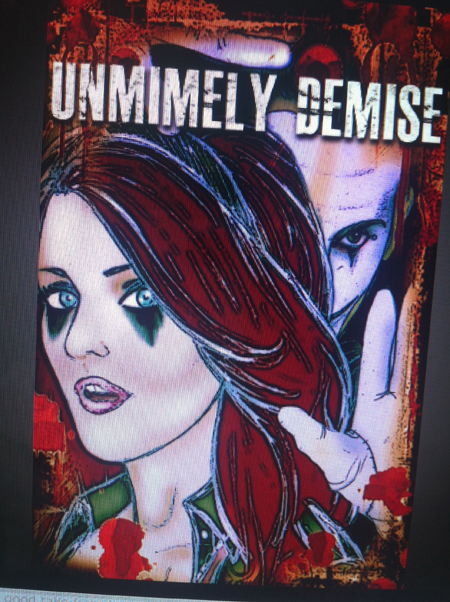 When not busy filming or working on her various projects, Sophie Dee dedicates her time to charity.  This month she will return to raise money with Team Evil Angel at the 27th Annual AIDS Walk on October 16th in West Hollywood. Fans and supporters can help her reach her goal by visiting her donation page: http://www.clubsophiedee.com/donate
Fans connect with the Welsh beauty by visiting her new phone chat line: http://sophiegirls.myphonesite.com.
Sophie Dee can be seen on http://www.evilangel.com/  and http://evilangelvideo.com/
Her official website http://www.clubsophiedee.com/ has been nominated for several awards.
Sophie Dee is represented by Valley Babes XXX, please contact them directly to book her: http://www.valleybabesxxx.com
Follow Sophie Dee on Twitter: @sophiedee
Sophie Dee can be booked for feature dancing through A List Features
For more information, or to book Sophie for an interview, please contact James at Galaxy Publicity 310-927-2192 or email [email protected]