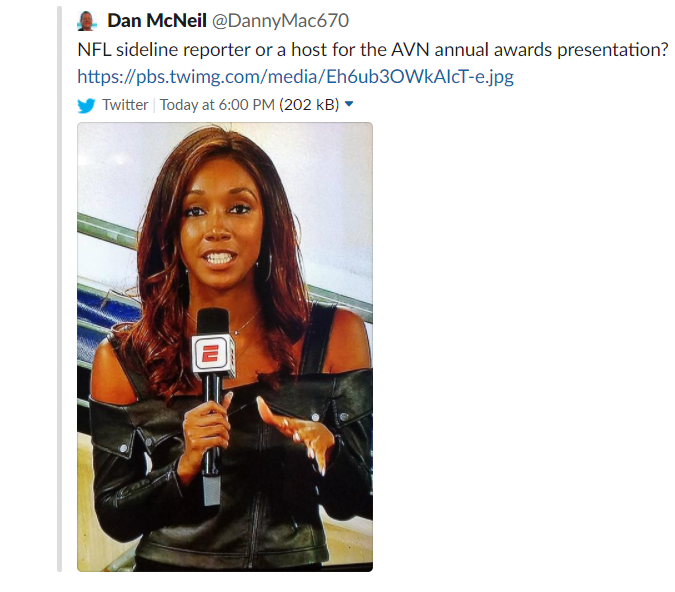 Monday night, Chicago sportscaster Dan McNeil made a tweet referencing NFL sideline reporter Maria Taylor’s wardrobe choice. He wrote, “NFL sideline reporter or a host for the AVN annual awards presentation?” and tweeted a photo of Taylor. McNeil deleted his tweet a short time later, however it was too late. McNeil was fired by radio giant Entercom on Tuesday.