John Stagliano to Speak at Closing Keynote Panel for CatalystCon 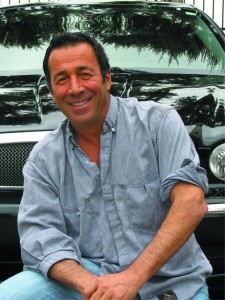 Our current political climate brings challenges in defending adult material against both obscenity and intellectual property violations. What can we learn from the most recent legal battles in order to raise successful ones in the future both in the courts and the court of public opinion?  Join esteemed panelists John Stagliano, Allan Gelbard Esq., and Constance Penley, PhD as they share the first hand knowledge they acquired while successfully defending against United States v John Stagliano as well as other important cases.

Sunday’s closing panel will be open to the public for a 10 dollar ticket payable at the door , which will be donated to Scarleteen.

John Stagliano grew up in the suburbs of Chicago in the 1960s. He was an economics student, dancer, writer, publisher, porn performer and stripper as his career developed. In 1989 Stagliano started EVIL ANGEL, to sell his own videos. Soon after, he changed the business model of adult movie sales by offering other directors an opportunity to sell their movies through Evil Angel without relinquishing ownership or profit participation. Stagliano’s influence on movie makers started when he came up with the idea of breaking the fourth wall, putting himself in the movie as the cameraman and focusing on his favorite theme, ass fetish. The movie that brought these innovations to the fore was the 1989 classic “Adventures of Buttman.” In 2002, Stagliano filmed his groundbreaking feature “The Fashionistas,” which swept the 2003 AVN Awards. The following year, his live dance show “Fashionistas” (based on the story in the film) debuted in Las Vegas to critical acclaim, including Best Choreography from the Las Vegas Review-Journal. In 2008, Stagliano was indicted federally on several counts of obscenity for distributing his company’s products on DVDs and via the Internet. The case finally went to trial in July of 2010. He was acquitted on all charges.

Dee Dennis regards this conference as a “melting pot of sexuality” that will unite sex educators, sexologists, sex workers, writers, activists, and anyone with a passion for creating change. “Knowledge is power, and sharing that knowledge is the first spark in igniting change.” This is the fundamental principle behind CatalystCon.

Go to http://catalystcon.com/registration to register today.