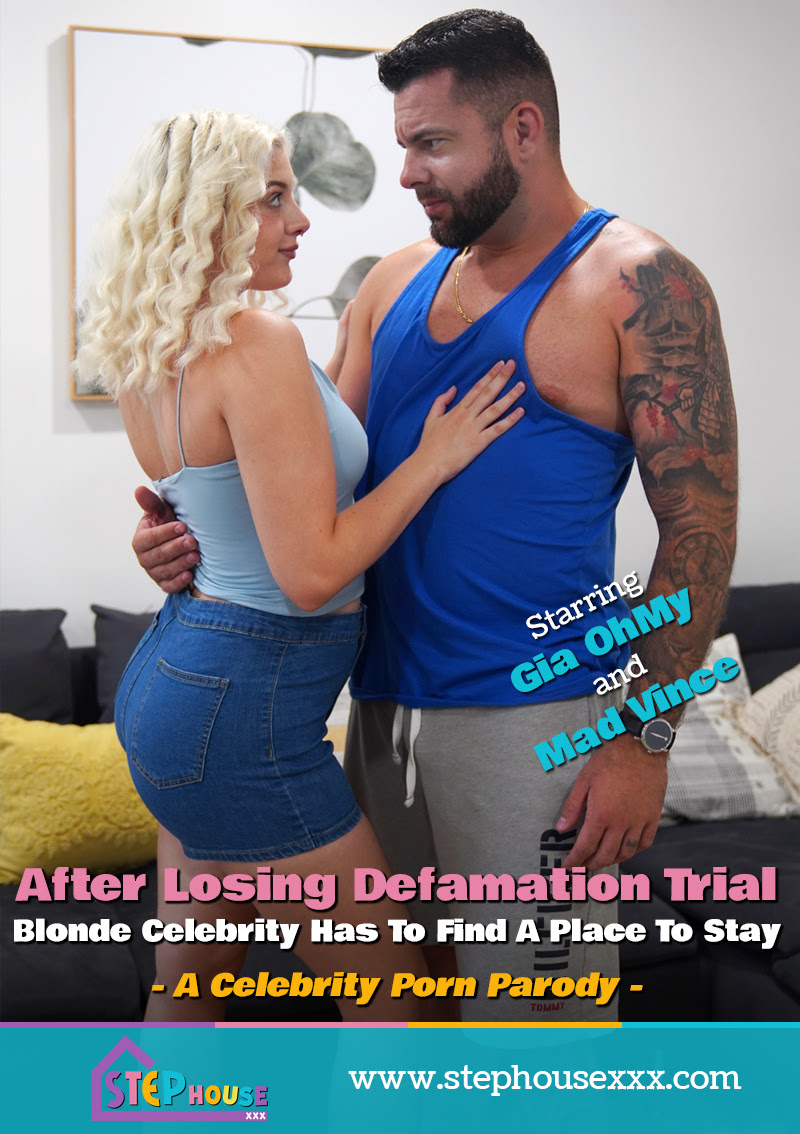 Directed by Valentina Bellucci, rising star Gia OhMy gives a gleeful performance as an enraged Hollywood star that winds up homeless after losing millions in a nasty legal battle with her ex. Her stepbrother Vince is her last hope in securing a space to hide out for a while, but Vince has a few conditions she must agree to first before allowing her in…

“The camera work and overall quality that we brought to this shoot was exceptionally high for a pro-am studio like us, and Valentina is quite proud of her directing work on this scene. We are eager and excited to introduce this new release on the Step House site, and look forward to getting feedback from fans!”

OhMy echoed his enthusiasm, adding that her Step House studio debut in the hilarious tongue-in-cheek spoof was “a lot of fun to make… and it was my first parody!”

Find and follow Step House and Valentina Bellucci at: