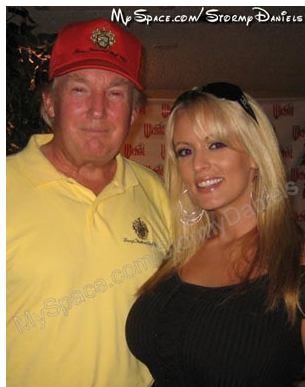 That was much less than the nearly $800,000 in legal fees and sanctions that Trump’s lawyer Charles Harder asked for earlier this month in U.S. District Court in Los Angeles.

But Harder in a statement Tuesday said that Daniels was ordered to pay amount to 75 percent of Trump’s legal fees. And he crowed that the $1,000 in sanctions are for her filing “meritless” defamation action.

That defamation suit came in response to a Trump tweet that all but called Daniels for claiming she was menaced by a man seeking to keep her quiet about a sexual tryst with the president.

Otero in his ruling called those rates “reasonable,” noting that Trump’s lawyers “are incredibly qualified.”

Daniels’s lawyer Michael Avenatti told CNBC in a text message predicted that Daniels will never have to pay Trump the $293,052.33 in attorneys’ fees and sanctions because of other legal claims she still has against the president.

“Harder and Trump deserve each other because they are both dishonest,” Avenatti wrote.”They received less than one half what they asked for because the request was gross and excessive.”

Avenatti’s text referenced the fact that Daniels has a pending lawsuit against Trump that seeks damages in connection with a non-disclosure agreement that she has with him.