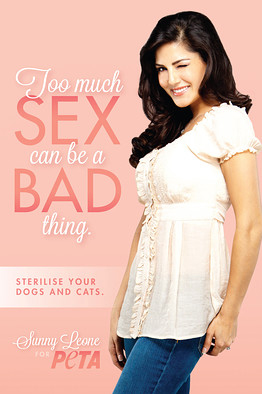 Trust Sunny Leone when she says this: “Too Much Sex Can Be a Bad Thing.”
By Krishna Pokharel  from http://blogs.wsj.com/