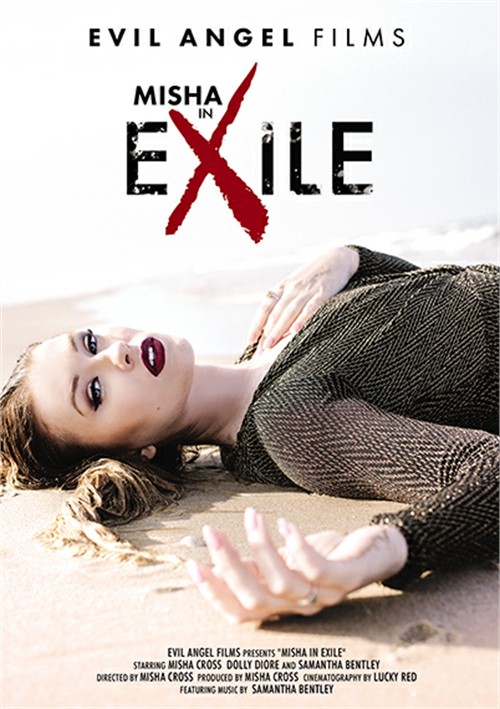 From an interview with Misha:

Misha flew into the states and was instantly detained. Immigration officers knew her performer name and were waiting for her. She was sent home and banned from returning to America.

Misha’s banning was such big news that over 19 stories have been written about it, and Evil Angel made a Misha movie titled Misha in Exile:

See the word Exile is Latin for kicked the fuck out of the USA and can’t sign with 101.  In you want to say Exile in Chinese its “Dannisan so stupid he dont know Misha kicked out USA” in French its parlie vu stupid Danny, Misha not here, have some pizza you frog eating easterner. In Spanish it’s, “hey Esee, Misha cant be your best crime partner you Pinche Puto, Misha is banned from the USA el-stupido gringo.

On a side note, you must read each of those examples in your best fake accent to make it work

I know Danny, I photo-shopped that cover..