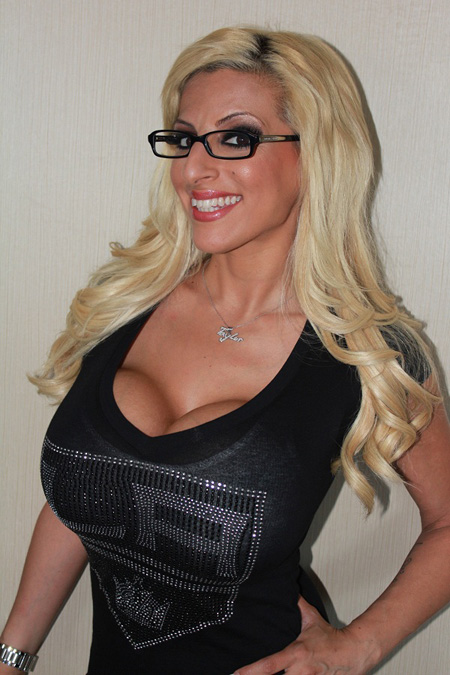 Cyberspace – Webcam goddess and performer Taylor Stevens has completed her auction of the 2 T-Shirts worn for the Stanley Cup Finals Games held in Los Angeles, California. Taylor made national and international headlines on sports websites and daily papers with her “Boobs Behind DeBoer” trending topic as she sat directly behind the New Jersey Devil’s bench for Game 4 and Game 6.

The winner, who goes by the name B. Coyle, said the following about Taylor, and her unique auction.”I became a fan of Taylor and started following her shortly after her diagnosis. She is one of the most entertaining, inspiring, hardworking, genuine and down to earth people I have ever had the pleasure of speaking with, beautiful inside out. The opportunity for her to donate to charitable causes close to her heart doesn’t surprise me she loves to give to people. She gives to her fans she gives back but she doesn’t give in. Taylor never takes a “poor me” attitude with the battles she’s faced and is facing. This was an easy decision for me. To put a smile on her face while doing good for others would be replicating everything she does every day. Now i get to own 2 pieces of history and her history. I’m honored to do this for her, for myself but most importantly for lls.org andobesity.org.


Learn more about Taylor Stevens at http://taystevens.com.  Check her out on Twitter: @TayStevens.