As premiere season approaches, T.V. fans are awaiting their favorite characters. So let’s pay tribute to the hottest stars currently on T.V. Remember boys and girls, I am a chick and my opinion may be different from yours. If there are you think should be added to this list, leave a comment and they might be in my next list. 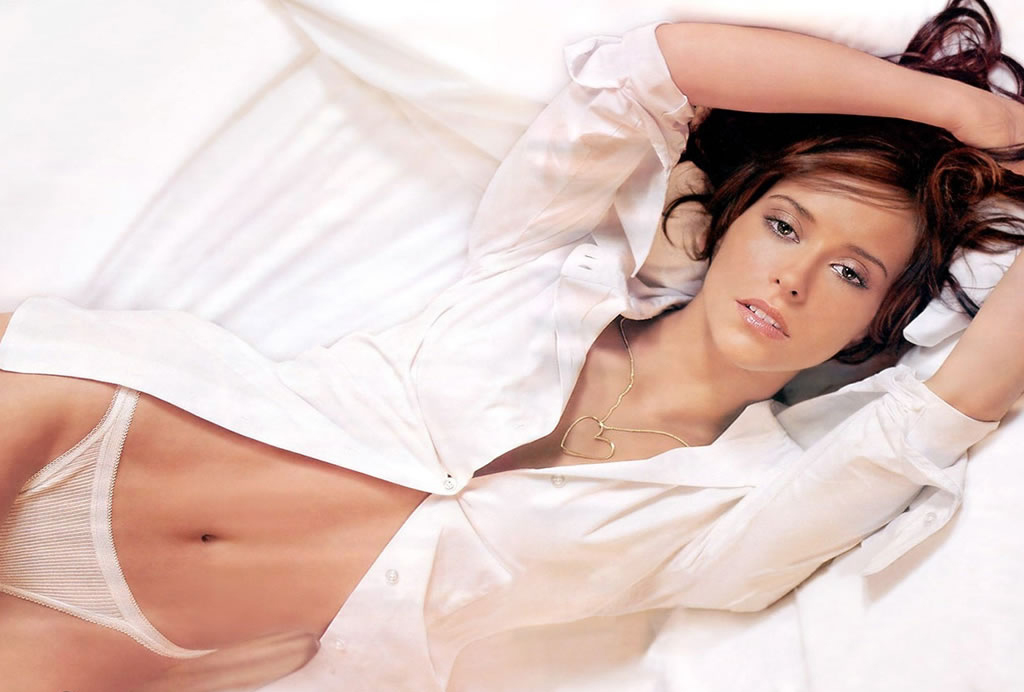 Kaley Cuoco is best known for her role as the cute aspiring actresses, Penny on The Big Bang Theory. Her character maybe the cute blonde, Cuoco is actually a huge nerd. She loves Game of Thrones and Harry Potter.

Though 2 Broke Girls seems to be a hit and miss show, just seeing Kat Dennings brings a smile to my face. Dennings plays Max Black, a working class waitress, who helps out a once high society girl. Together they plan and save to start their own cupcake business. She is super cute, has huge boobs and can make you laugh. Who wouldn’t want a girl like that? Plus she will be reappearing in Thor 2. Plus boobs.

She is legend – wait for it – I hope you’re not lactose intolerant because the second half of that word is DAIRY!

Canadian hottie, Cobie Smulders can be anything you want. This once model now plays Robin Scherbatsky on the hit T.V. show How I Met Your Mother. Cobie also played Maria Hill in The Avengers. Though Smulders doesn’t have many films under her belt, I’m sure we can look forward to her roles in the future.

Much more than just the girl next door

Emilia Clarke is taking the world by storm as the mother of the dragons on Game of Thrones. Her character, Daenerys is one of the most powerful female characters currently on television. Also, she’s hot.

Lively gives us something to gossip about!

Blake Lively has been rising to the top ever since The Sisterhood of the Traveling Pants. She currently stars as Serena Van Der Woodsen on the hit show Gossip Girl and is the new gal on Ryan Reynold’s arm. Lively is number 13 on Maxim’s 2012 Hot 100.

You know you love her ~ xoxo GG

Leighton Meester plays the most loving bitch, Blair Waldorf on Gossip Girl. Though she hasn’t had as much big screen time as co-star Blake Lively, I still prefer Leighton. Her on-camera chemistry is sexy and more believable then Lively’s.

By far the quirkiest girl on television, Zooey Dechanel is an original. With her retro style and unique scene of humor, Zooey rocks all her roles. Currently starring in New Girl as Jess Day, a naïve optimistic kind girl living with three dudes she meet on Craigslist. This show is a hit and miss for me but it’s good to Zooey having fun and being herself.

Normally you dress like a fantasy of a perverted Japanese business man with a very dark specific fetish but I actually dig this look.- Santana

I’m not a gleek but there is one thing I love about Glee, that’s Naya Rivera as sassy cheerleader Santana. Definitely a strong female role, as Santana is a strong willed bitch that just came out of the closet. That’s right folks, Naya plays a lesbian. Besides being so damn pretty, she has a killer voice. Naya will be returning to Glee later this year.

Greendale has warped me like a Barbie in a microwave!

One of my favorite actresses, Alison Brie currently stars on Community and has a small role in Mad Men. She can play any role, from the bitchy assistant in Scream 4 to cute innocent Annie Edison in Community (who we don’t sexualize).

“There are blind models? That’s so sad, they can’t see how pretty they are”

Hot Latina, Sofia Vergara is the highest paid actress on a television series. Her role as Gloria Pritchett on Modern Family is amazing. I love the show but her character cracks me up. If you have trouble with the accent, just look at her instead—she’s drop-dead gorgeous. Shockingly, Sofia only ranked 71 on Maxim’s 2012 Hot 100; she should easily be in the top 20 if not higher.

These honorable mentions go out to some beauties returning to T.V. Lucy Liu and her upcoming role as Watson in the new Sherlock Holmes show, Elementary. Kristin Kreuk‘s new series Beauty and the Beast which premieres in October. Good luck to Selma Blair, who stars on the new Charlie Sheen show Anger Management.

Because we’re Wilde for Olivia!