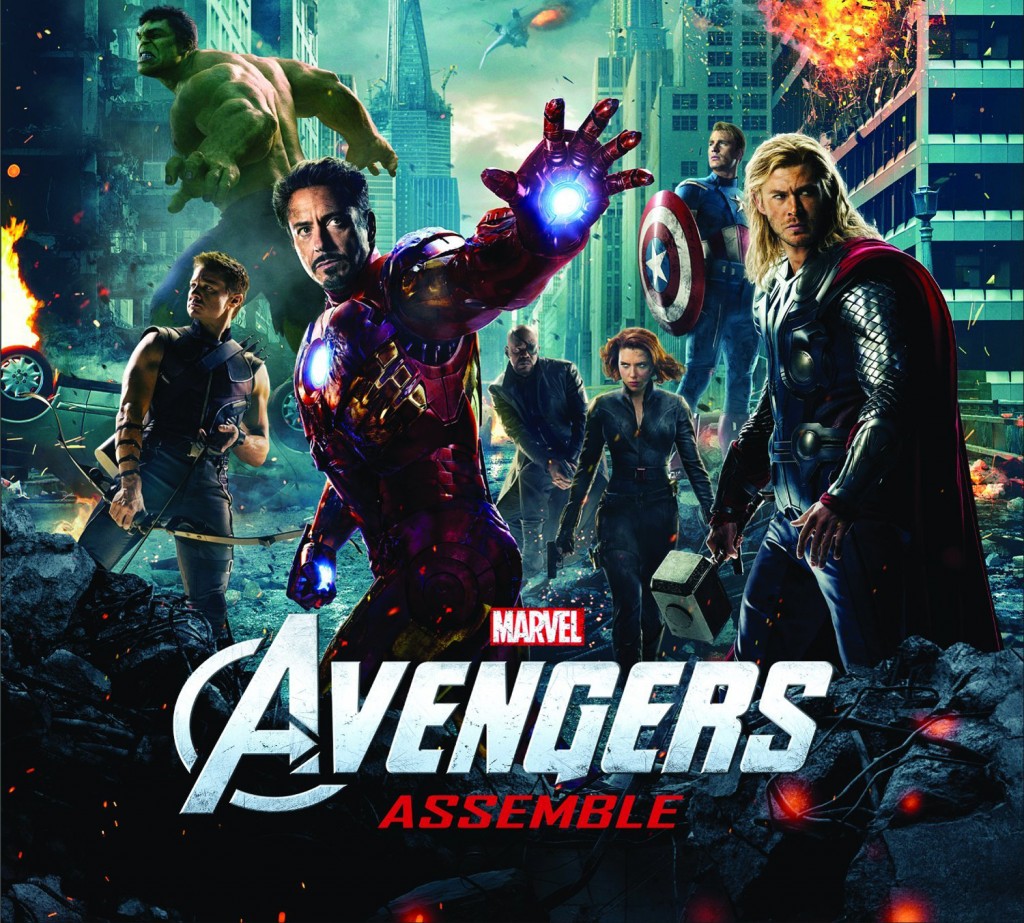 Born and bred a comic book geek stud, my film review is going to be completely and unabashedly biased due to my overwhelming love for the source material. The Avengers to me is probably what Passion of Christ was to hard-nosed Christians. Both are totally imaginary concepts, but the former is a much more entertaining and enriching experience than, shall we say, a Jesus snuff movie.

Soooo… can I like…not be the son of god anymore?

After my multiple nerd-gasms subsided and the realization of Holy Fucking Shit, you’re about to watch motherfucking Avengers! *craps pants* finally set in, I was immediately impressed by how the film jumps straight into the story, as if to curtail any additional waiting! Merci!

It helps if you’ve done the required readings of the previous Marvel tie-in films: Captain America: The First Avengers, Iron Man, Iron Man 2,  Thor,  and The Hulk, but director Joss Whedon does such a bang-up job of reminding you who everyone is and their current story threads from their last, respective adventures that anyone can attend this movie practically blind of all backstory knowledge and not be confuzzled at all. Yeah, I’m a level 60 wordsmith. It’s pretty sweet. We get to make up words.

The plot is pretty straight-forward, centering on Asgardian outcast, Loki, whose majestic malevolence and cool, flowing hair lends the film its dramatic weight. Tom Hiddleston’s stock is going to blow the fuck up because of this role, albeit maybe just a little dimmer than Heath Ledger when Heath made everyone’s collective heads explode with his naughty, psychopathic portrayal of Joker in The Dark Knight.

Yes, Hiddleston is that good. He’s one devilishly smooth operator who may have unoriginal plans to rule Planet Earth, but lines like “I’ve come with glad tidings! I want to make the world free…of freedom” just seem to give the whole tired scheme of world domination fresher purpose.

Loki isn’t a mindless antagonist wholly created from CGI, no, he’s actually a sad, sympathetic character set on his own mission of self-worth. Watch for the sumptuous scene where Loki delivers his speech/monologue in the key of a ranting Al Pacino in front of cowering, scared humans and just TRY not to be seduced by Loki’s eloquent evil-ness.

The film’s raison d’être or main plot device revolves around an infinitely powerful relic known in the comics as the “Cosmic Cube” or ominously referred in the film as “The Tesseract.” It pretty much looks like a rubix cube for raver kids smashed out on e. Early in the movie, Nick Fury (a surprisingly bland Samuel L.) and his S.H.I.E.L.D headquarters get ransacked by an inter-dimensional hopping Loki and the glow cube is stolen. Cue the shadowy “Avengers Iniative” – an emergency protocol calling up Earth’s mightiest heroes to take up arms and defend in the event of galactic takeover.

But before the Avengers can assemble, they’ll spend portions of the film taking turns kicking each others’ asses in imagined or real conflicts. Strictly speaking, this is an amazing spectacle to witness coming from a fanboy’s perspective. Finally, we can put to bed all those water cooler discussions of “Who would win in a fight between X and Y?”

Congrats all around to the cast. All of the actors have managed to easily slip back into their roles, with the exception of Robert Downey Jr. who keeps getting better and better at playing Tony Stark/Iron Man, but knows when to dial it back during dramatic stretches.

That’s another thing too. Remember when you saw Transformers (any of them) and during the last 45 minute action sequence (any of them), you had the acute feeling that your brain was melting out of your nose/ears?

The Avengers is what Transformers and other pieces of CGI corn-studded shit want to be like. Should be like. All in favor of cloning Joss Whedon so he can make all our favorite comic movies from now on? We have the technology…

You just know a movie is good when it slows down after the action, and it’s even more engrossing than before.  It’s called character building, Michael Bay. Your Transformers movies/extended Linkin Park music videos had all the appeal of a fucking Mountain Dew commercial. ‘Nuff said!

Chris Hemsworth for all intents and purposes IS the god of thunder. The special effects done to showcase his super powers are grand without being overly fake and excessive. Chris Evans reprises his role as a straight-laced Captain America who starts out a little green-footed, but finds sure footing as a natural leader.  I dig the new Hulk. And you know what? Fuck Ed Norton.

When reports surfaced that the reason why Norton was let go during production was because he wanted to tinker with the script, I was pissed because I like actor consistency in my movies. Now I see that the executives made the right call. Norton would have blundered and mangled shit up, because as it stands now, the story is perfect. And I like Mark Ruffalo’s take on beleaguered Bruce Banner. Ruffalo captures that terrible duality with equal parts vulnerability and inner boiling rage. He’s also quite funny too. ScarJo is serviceable, and gets better as the movie races along.

Clocking in at two hours and twenty two minutes, The Avengers with its appealing mix of humanity, humor, sacrifice and pants-wetting action sequences could have been much fucking worse, like X-Men 3 bad, but it isn’t. It hits all the right notes and when it’s over, you don’t want to leave the dance floor.

Cupped in the careful, and considerate hands of Nerd Prime, Joss Whedon, The Avengers is not your usual summer blockbuster. And whether you realize it or not, that is the best thing for you. Joss doesn’t give you whatcha want, he gives you whatcha need!

Official Rating? Million stars out of a million.