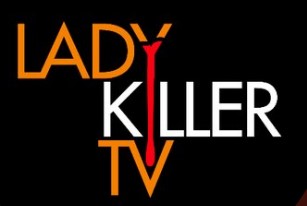 Each episode of LadyKiller TV offers a rousing view of adult’s top performers:

– Tori Black tackles a head-spinning role in ‘The Sexorcist’, then tackles Tommy Pistol in ‘The O Ring’

– Adriana Chechik relives a Nightmare on her Street in ‘1, 2, Eddy’s Cummin in U’

“I’ve had this idea in my head for a long time, and it was now or never in terms of pulling the trigger and making this series happen,” said Spencer of LadyKiller TV. “When we first approached the performers about it, I was excited about the very real potential for this to be a hit – and they were as excited as I was to shoot it!”

To find out more about the upcoming release schedule of LadyKiller TV, visit LadyKillertv.com.

Their various characters no longer play the typical female victim roles; instead, they triumph as the empowered ‘Killers’. LadyKiller TV represents a whole new genre: soft-core and horror – the combination has never been this entertaining….

Jeremy Spencer is the former drummer for the metal band Five Finger Death Punch and creator of the horror/erotica series LadyKiller TV. In 2012 he was named Golden God’s Best Drummer by Revolver Magazine, and was voted Best Drummer of 2015 by Loudwire. His autobiography, Death Punch’d—Surviving Five Finger Death Punch’s Metal Mayhem, was published on September 2, 2014 by HarperCollins imprint Dey St, and named a New York Times Celebrity Bestseller. He was also voted Best Drummer at the 5th Annual Loudwire Music Awards.