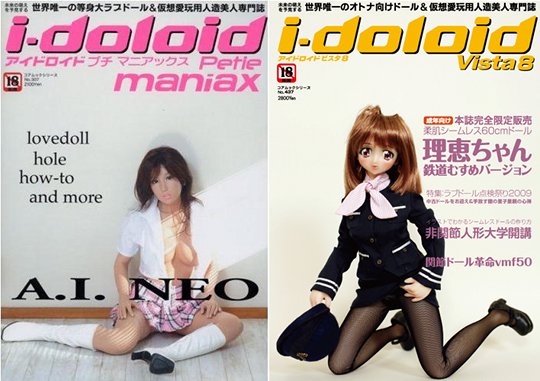 An unnamed 50-year old businessman was so messed up after his girlfriend broke up with him so he contacted an adult toymaker named Diego Bortolin to have a replica of his ex-girlfriend into a life size sex doll. He paid over S$20,000 for the doll. He supplied images of her and requested that she have her breasts and butt enhanced. The final product is completely flexible and can be and positioned just like a real person.

Bob and Lizzie, a British couple with the world’s largest collection of sex dolls. The couple has more than 240 life sized dolls, but unlike most people, they don’t use them for sexual pleasure. They live with the dolls, eat supper, hang out. Just hanging out at a Sex Doll Convention.

You might not think about parts on your new sex doll wearing out.
I know, weird right! But here are some accessories.