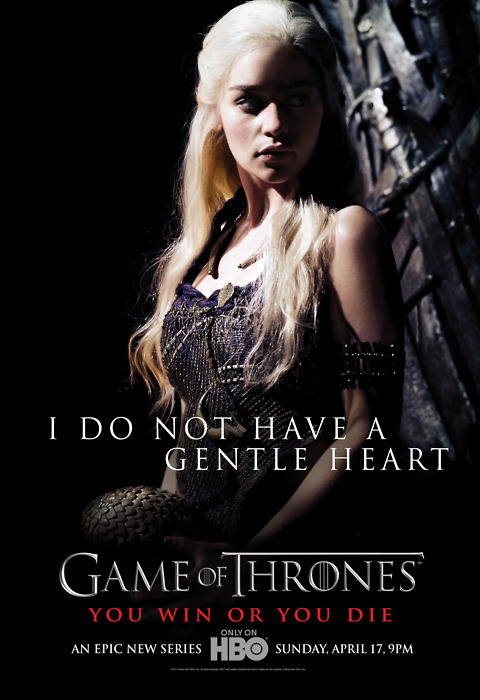 Forget those pumpkin-skinned Jersey shore bores and shitty “Gossip Girl”-esque melodramas because strictly going off T.V ratings, it’s plain to see that this is the undisputed year of the Nerd.

Just what the hell do I mean? Well, here’s a list of science fiction/fantasy-centric shows just off the top of my head that are crowding the airwaves: Once Upon a Time, Dr. Who, Hemlock Grove, Arrow, Elementary, Defiance and Orphan Black, just to name a few.

Adapted for the small screen by writing wunderkinds, David Benioff and D.B Weiss, GoT has conquered the game of television ratings and critic approval, so it’s no wonder why the show is widely considered to be one of the very best television series ever made. And for the ones who write off a show because of the fantasy label, well, Lord of the Rings, this is not.

The story begins with the death of a king and shuffles through a myriad of different narratives as the surrounding power “houses” fight and plot to see who will sit on the Iron Throne – an extremely bad-ass throne welded with molten swords from conquered foes.

Westeros, the universe where Game of Thrones takes place, is an ultra-cruel and unkind realm to say the least. There are things that happen in the series that often illicit extreme shock and disgust from the viewer, but all of it is riveting and purposeful and deliberate. There are no easy identifiable “evil” characters, save for that blond-haired sociopathic fuckhead. And the white-hat characters that you naturally root for end up doing highly amoral acts or getting violently killed off. Nothing is formulaic about this monolithic spectacle of a show. It’s social Darwinism at its finest and ugliest.

So as we collectively wait for the season finale, slake your thirst with my irresistible list of the sexiest women of Game of Thrones.

Here’s what Emilia Clarke looks like in real life:

Quite possibly the prettiest inbred girl ever.