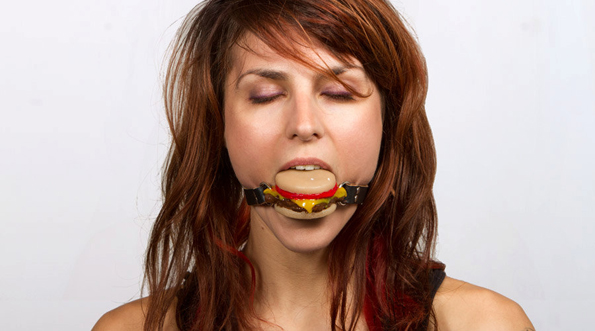 The new ball gag shaped like a cheeseburger is sold on Etsy for $69USD because really what other price would they make it?

The “Gorge Ohwell Silencing Slider” named by the Etsy artist burgergag claims to be “ergonomically designed to comfortably plug even the loudest of burger holes. Made of soft and non-toxic natural food grade silicone rubber, the gag has no unpleasant plastic smells or odors!”

This interesting and unique ball gag could help redefine what it means to “super-size it”! Is your mouth watering yet?

The tasty scenarios just keep on rolling but in the end the discovery of the Silencing Slider is one of the greatest sex toy discoveries for me this year.

“Give the Gift that Keeps on Gagging!”

Did this burger ball gag put you in the mood for more?