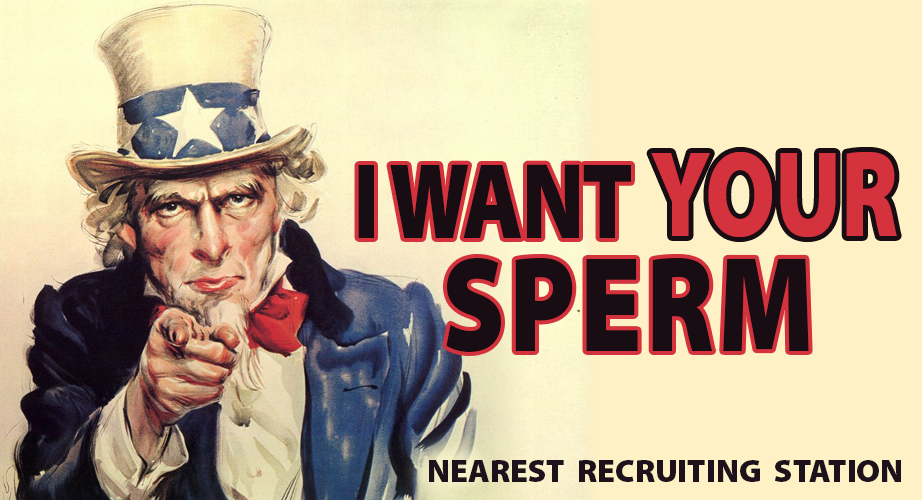 In the UK, the British government set up a sperm bank but even with a considerable number of men offering their little swimmers their supply still could not meet the demand. The UK is not the only place that is short on sperm. The U.S., New Zealand, China and Israel have also not been able to keep up with the high demand.

Single women make up 50% of the sperm demand but it has been said that within the next 5 years that single women will account for up to 70% of the demand for sperm at sperm banks.

In many countries sperm donors are not always anonymous and you have to deal with the potential emotional tie or having to take a role later in the child’s life. Regulations vary from country to country and this has become a notable hurdle especially in the UK. The initial acceptance phase can also be lengthy. The process isn’t as “in and out” as many would like it to be and this is also contributing to the shortage.

So what we’re trying to say here is if you’re already spending time jacking off on our site you might as well donate some sperm. We suggest a partnership between PORN.COM and Cryos international or other fertility specialists to help meet demand. With that in mind, below is a selection of videos that will test your swimmers and get your “creative” juices flowing!

Hot Lady Turned On During Massage And Fucked Hard

Want to help the world and it’s need for more sperm? Share, comment and give this serious issue the attention it deserves.

The World Needs Your Sperm! Step up and do your part today!