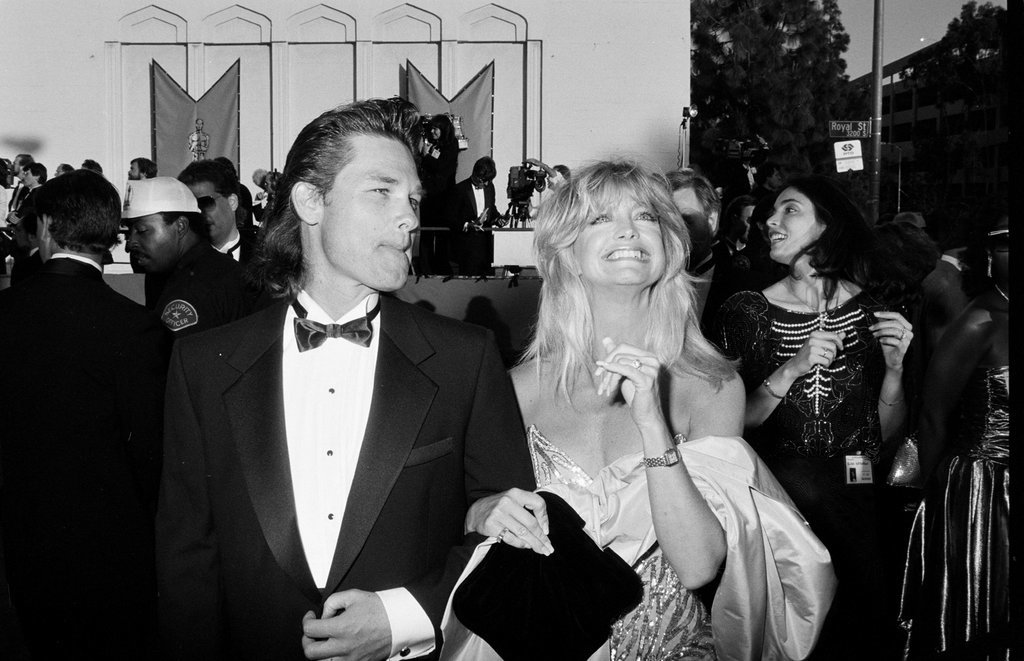 According to an interview on the Harry Connick Jr. Show with Kurt Russell, the couple got busted by the cops early on in their relationship for having a sexy encounter in public. The evening of their infamous date started with a movie and then they continued the night at the Playboy Club. Those little cottontail leotards are probably enough to get anyone’s juices flowing good and hard. At the time, Goldie was having her house renovated and worked on by construction workers, so they went there, even though it was under construction and practically open to anyone who might walk in there. They actually had to break into the house, because Goldie wasn’t living there at the time and didn’t have the key with her. They started talking about the furniture and rooms that would go in the house, and then started having sex. The next thing they know a flashlight was shining in their face and the police officers told them to get a hotel. How embarrassing! They are so lucky that cell phone videos didn’t exist back then because otherwise they might be the subject of the latest sex tape scandal! To make matters even more awkward, the house now belongs to Goldie’s daughter from a previous marriage, Kate Hudson. She can tell all her guests, “Well, this is where my mom got caught by the police having sex!” How embarrassing.