We’ve touched on Tinder before, whereby Olympic heroes used it to get mad tail in the tainted Olympic village which houses them. It’s one thing to, while being an Olympian, desperately try and fuck other star athletes within proximity of the village – but it’s an entirely different feat when the goal is to see how far you can take the ol “raunchy pickup line” before freaking a female out. That’s exactly what this piece of work did, and the scary part is, this dude was successful in not only getting girls’ numbers, but their coveted n00dz too!!! WTF! See for yourself: 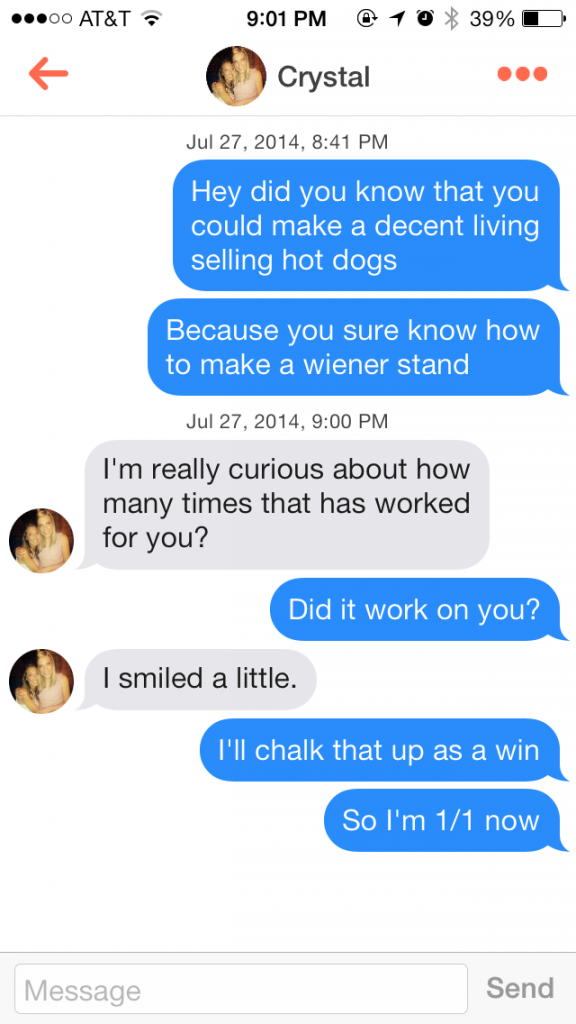 This guy is a college sophomore attending university in St Louis, Mo. and was apparently bored in an organic chemistry class over summer, which I’d assume this is a common thing. But, instead of shooting spitballs at his classmates to pass the time, he started shooting raunchy 1-liners he picked up from Urban Dictionary at unsuspecting females on Tinder! Fucking genius!

The best part? He uploaded all his interactions (40 of them, all with separate victims) to an imgur album for us to split our sides laughing at. I tip my hat to this dude, and definitely need to up my online pickup game. Look for the imgur link below.

CHECK THIS EPIC FUCKING IMGUR GALLERY AND LEARN A THING OR 2!