Wait a minute, where the hell had this dude been living?

The big revelation, at least from Cruise’s perspective, came after he held a meeting with Apatow and Rogen regarding a potential project. According to Apatow, he had called Rogen to accompany him to the meeting, when things got a bit weird, as he explains:

“I said to Seth Rogen, ‘I have a meeting with Tom Cruise. You have to come with me.

“And no one knew who Seth was. He wasn’t famous so he was just a dude with me and so I said, ‘Someone needs to witness this.’ So we’re talking to him, and I don’t know how it came up, but it usually comes up with Seth where he’s talking about marijuana and pornography.

The fuck there is, Tom. 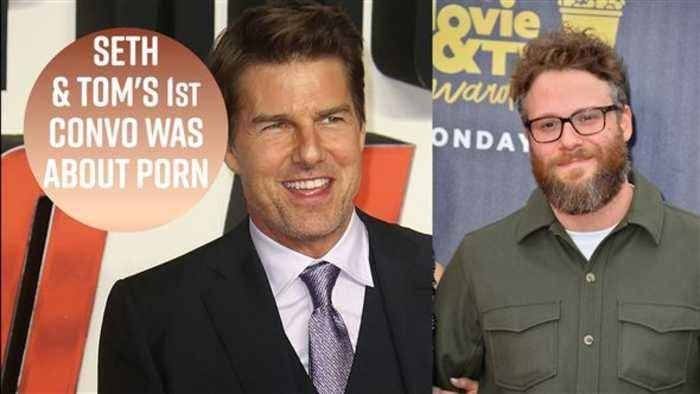 It actually didn’t end there. Seth offered some explanation to the “Mission: Impossible- Fallout” star, who Apatow thinks is a ‘very good man.’ He is reported to have told Cruise: ‘Yeah, there’s all these movies on these websites.’ To which the disbelieving movie star asked: ‘Wait a second. You’re saying if I go on the computer, on the World Wide Web, there are people having sex?‘

Tom Cruise must have been living under a rock or had just landed from space. To be fair, the meeting took place in 2006 which sounds like a lifetime ago. For starters, there were no iPhones, Seth Rogen wasn’t famous, and My Space was the thing back then.

I guess we won’t.

Seth Rogen actually confirmed the incident, with the wizened sage of stoner comedy admitting: “I obviously had no recollection of that, and then when I saw [Apatow] tell it, I was like, ‘Oh, yeah! I told Tom Cruise that internet pornography exists, and he didn’t know,‘” Rogen said before adding that ‘it was crazy.’

The main agenda was to discuss a potential romantic comedy which actually never materialized. The two never got to work together, but Tom Cruise has been working on his highly anticipated movie- “Mission Impossible: Fallout“. He appeared to have put a lot of effort into the movie and didn’t stop even when he injured himself during the shoot. As earlier mentioned, he did all the stunts by himself; jumping off buildings and chasing airplanes, proving there is nothing this guy cannot do. He appears primed to continue with his daredevil stunts, and the only thing that he can’t do is watch porn which is a pity considering his ‘good friend’ told him everyone is doing it. You can watch this video and hear the whole story and figure out what’s funnier between the story and the Seth Rogan voice as impersonated by Judd Apatow.