Here is the best fuck bunny which you’ll always want to have by your side with sexy pink lips and juicy nipples.

The spine-chilling beauties who can get feed your thirst are here.

Born on the 16th of May 1982, in California, Monique Alexander is the babe why most of the men wake up early and get ready for a morning quickie.

She started at the age of 18 as a model for adult magazines, from there on the story of success started right at her doorsteps.

She became very successful, grabbing a contract with Sin City.

However, once in 2008 she was having sex with a guy she was always hooked up to. That was the first time that she just felt like she wanted to try it.

Both of them had no experience of it, however, Monique sat on top of him – slowly and gently, and then she realized that she never had a real orgasm until that moment.

Madison Ivy is nowadays known as a tanned busty brunette, however, some might still remember her as a blonde, small tits babe.

She started her career in 2008 and since then has filmed over 100 amazing scenes.

Rachel Starr aka Brandy Hargrove, was born on November 26, 1983.

She was thirteen years old she had her first sexual experience with a girl, and she lost her virginity to a man at the age of fifteen.

She’s a perfect combination of lust and maturity and you’ll certainly love the experience with which this babe performs.

Rachel Roxxx was born 1983 in San Antonio, Texas. She has a petite figure which makes her 34D breasts with pierced nipples all the way more prominent in her 5-feet built.

Rachel started her career as a waitress and then became interested in the adult industry at the age of 21 because of a friend from high school.

The best thing about Rachel is that her cute face always hides it well what she’s thinking in her mind. She may surprise you any second. 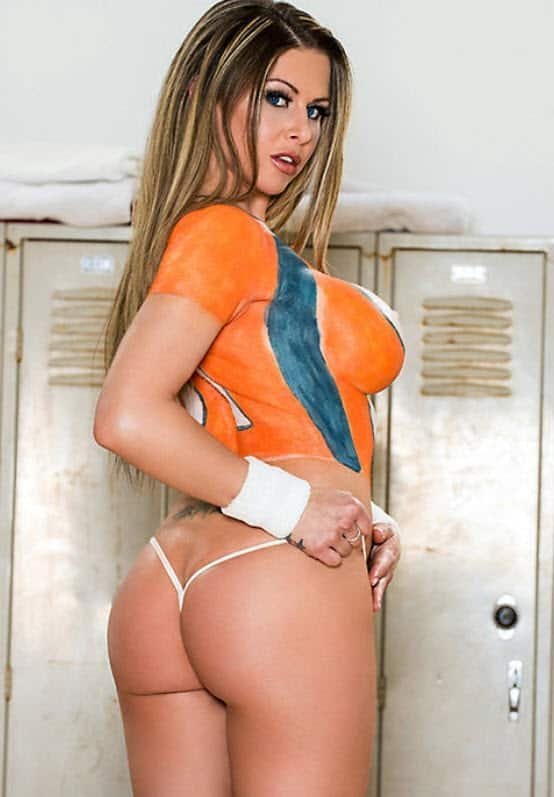 Lisa is a dark brunette with dark eyes and an hourglass-shaped body which can drive you insane.

You’ll love her short petite size measure 5 feet 2-inch tall, however, her goodies are not proportional with her height.

She has massive double Ds implants which go well with her bubble butt.

Jayden Jaymes aka Michele Mayo was born on February 13, 1986.

At the age of 20, she began performing in explicit hardcore movies and now has appeared in over 300 movies with the most renowned names in the industry.

She is 5-Feet and 8-inches tall and measures 36E-26-36. Jayden loves piercings on her navel, tongue and two in her clit. She also has a beautiful recognizable tattoo of flowers on her belly.

There are many reasons as to why you should check Jayden on the internet, but the primary ones are her Big tits, curvy body, amazing ass and amazing performances lead. She’s definitely a girl to remember!

Nikki Benz is the hottest babe out there right now, with blonde hair and big boobs.

She fascinates thousands of men from all over the world.

She not only performs really well but is also one of the best exotic dancers out there.

The best of all is that Nikki has won numerous awards including best exotic dancer, best three-way, best female performer, best website, hottest body, favorite breasts and so on.

Audrey is a fan of missionary and can get turn on with rough kisses.

Peta Jensen was born on 25 December 1990, in Zephyrhills, Florida.

She has also been nominated with the most unique awards including 2016 AVN and XBIZ Awards for Best Actress Revelation.

Miss Jensen loves tattoos and has a number of them across her body.If you only love perfect with beauty, Peta is the one you should seek on the internet.

Ava is the true European beauty. She is the most beautiful and passionate ladies in the entire world.

Ava was born on September 16th, 1981 and is a natural brunette. She has brown eyes and a perfect Hollywood smile.

Ava and her fans love her huge breasts, she doesn’t have any piercings, however, her body is marked with a number of tattoos.

She began her journey at the age of 23 and had done some fetish photoshoots after coming.

Ava is loved for her wild character. She enjoys being with girls and her turn-ons are regular dirty talk and neck bites.

Asa started her journey back in the year 2006 and since then has been appeared in more than 300 movies.

Apart from that, because of her incredible acting skills, Asa has also won numerous awards in the industry during her career.

All of this makes her videos way juicier. Also, she indeed has an award-winning asshole.

This sexy juicy blonde was born in Houston, Texas, Kagney Linn on March 28, 1987.

Kagney Linn is a babe from the heaven. She is quite amusing in real life and has a nice humor.

She’s beautiful, sexy and more than ready to enjoy all the things on the camera.

Make sure you watch this babe once in your life. After which you’ll watch her till you die.

Mia Malkova was born in Palm Springs, California, the USA, on July 1st, 1992.

Her fans would agree with me that her hazel eyes and sweet smile are just enough to fall in love. And her face and body are the real killers.

She’s completely free of any plastic surgeries and shoots a picture of her angelic poise that will drive you crazy as soon as you’ll watch this beautiful blond doll along with her clit piercing.

An ass to remember

Mia certainly kills it with her sexy model figure and the best part is that you can connect her on Instagram. Fans send her pictures. And in some cases, Mia also follows them back.

She is a true American woman with a tall, blonde and smoking hot look.

Julia began her journey at the age of 23 and has been nailing it hard since then.

The best thing about Julia Ann is that if you follow her on any of her social media accounts and share a message with her, there’s a high probability that she’ll reply to you.

She’s one fiery lady with sassy blue-gray eyes and an ebony hair.She loves hardcore sex scenes with both men and women.

This brunette bomb-shell is available across all the social media platform. You can also send her an email. 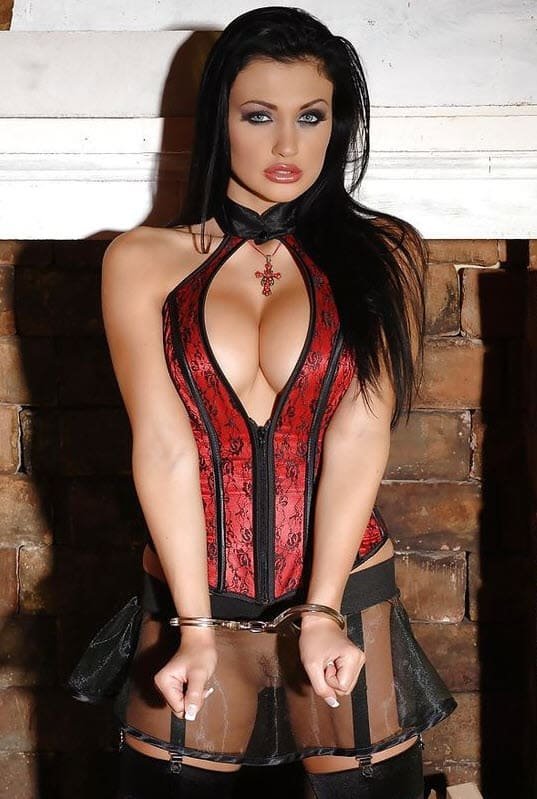 Although she loves girls, she also gets bored sometimes and needs cock then.

She loves dirty talk, getting a tongue in her ear, sex in the car, public sex etc while having an orgasm.Still loves surprising her fans even after her marriage.

Nicole is a hot busty blonde who was born and raised in California.

Her marvelous looks, golden hair and calm eyes which are an interesting

mix of blue and green will surely give you the best orgasms of your life.

This 5 feet 3 inches tall babe has long legs, bubble butt, and a busty chest to shiver your soul.

Nicole started her career in 2010, after which she never looked back.

Apart from her body, Nicole is also famous for her intelligence. She loves working hard and eats chocolate a lot.

Jessica had her breasts and butt implants and is a fan of tattoos as well.

Her clitoris, tongue and both of her nipples are pierced.

You can follow this juicy babe across most of the social media channels where she actively updates her fans all the time. 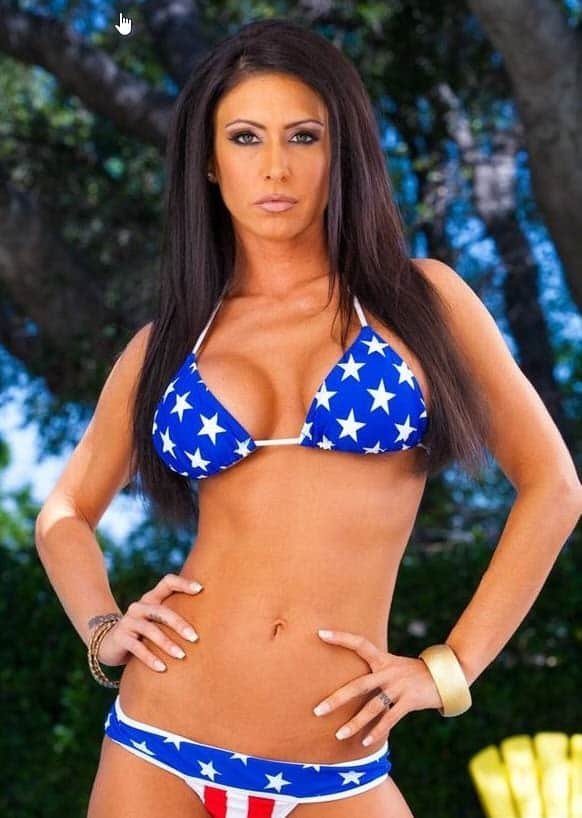 August Ames comes from Canada which one of the coldest places on earth. However, her marvellous hotness melts all the ice really well.

She’s one of the hottest Canadians that ever lived.

She was born on 23rd in 1994 and is blessed with the body of a Greek sex goddess.

She has long feet, a cure ass, tall built and with a pair of 32D boobs that may seem fake to many as they’re just too perfect.

Although she’s new to the industry, there’s no denying the fact that you’ll fall in love with this beauty. However, the sad part is that she died earlier this year.