These protestors sure know how to get attention. Three women from the Ukranian protest group FEMEN were detained by police after they stripped outside of the World Economic Forum in Davos, Switzerland, using their bare breasts as posters.

“In Ukraine, we have a cabinet of ministers only for men. There are no women. We are coming there to scream, using women’s voices, women’s bodies to explain that women need to decide also,” FEMEN representative Inna Schewcenko told Associated Press.

The three women climbed the fence to the compound where the forum was taking place holding banners that read “Gangsters party in Davos” and “Crisis made in Davos” while shouting “Poor because of you.”

There were other protest happening outside of the forum but none drew as much attention as the three topless women. 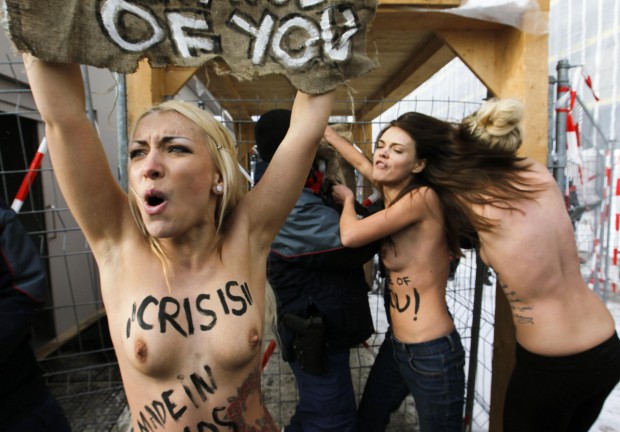