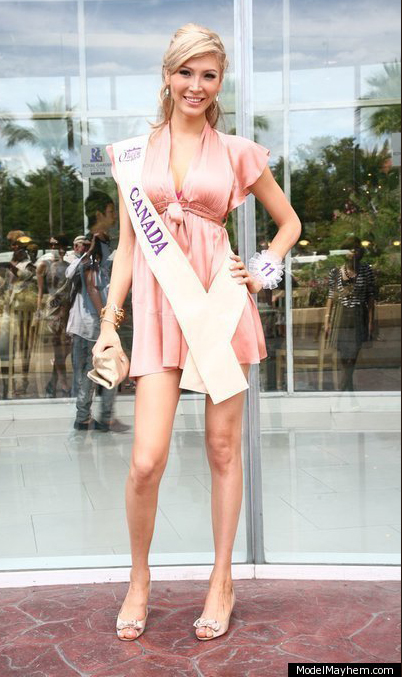 She may look every bit the part of a beauty queen, but Jenna Talackova has lost her chance for the crown because she was born a biological male.

The 23-year-old Miss Universe Canada finalist was disqualified from the competition after it was discovered she had undergone sexual reassignment surgery, reports CTV.

National director of Miss Universe Canada Denis Davila told the Toronto Star that while they consider Talackova to be a “real girl,” Miss Universe rules stipulate that contestants must be a “naturally born female.”

Davila also told the Star that Talackova indicated on her registration form that she was born female. Talackova was disqualified the same day she revealed she was in fact born a male.

According to a statement from Miss Universe Canada, Talackova was disqualified because “she did not meet the requirements to compete despite having stated otherwise on her entry form. We do, however, respect her goals, determination and wish her the best.”

In a 2010 interview, Talackova said she knew she was a female at age 4 and began hormone therapy at age 14. She underwent reassignment surgery at 19.

Talackova told CTV she’s “not giving up” and is consulting a lawyer. In the mean time, Miss Universe Canada has removed all photos of the Vancouver resident from their website and another woman has taken her spot.