1 What do you remember about your first time with another girl?
My first time with a girl? Hmm… Well, I was a sophomore in high school.  She was my first girlfriend and was a little older than me and not a virgin, so she knew what she was doing and I had no idea.  I was really nervous and my parents were in the next room. She pulled the “Lets try just the tip” line with me and I was like Ok!  I was really stupid and didn’t use a condom. Luckily she was on the pill, so it was all good, but really awkward. Like I said, my parents were in the next room, so I was lucky I didn’t get busted!

3 What did the transition involve and how long did it take?
I did it the legal way and by the book.  I started seeing a therapist. I got my official documentation for hormone therapy after 6 months of weekly visits. Took it to the doctor. Got blood work done and a physical.  And after everything came back good, I was prescribed a number of medications to transition.  Honestly, its a long process overall. There is coming out to your friends and family and school or work. Sitting down with therapists, seeing doctors, physical awkwardness. Its a long process, but it went really smoothly and nice for me.   I could of done it the easy way and ordered hormones online like some people and did it all myself, but I wanted to have all my papers in order and stuff to back me up and a support system.

6 Can you remember your first sexual experience after the transition? What was it like?
My first sexual experience after transition was really weird and new for me.  It was with a girl and she was a really hot dyke I met at a dyke bar. She knew I was trans and didn’t care.  We were making out all over the bar and ended up going back to her place.  She didn’t want anything to do with my cock. I ate her out and we did a lot of touching and rubbing and passionate stuff. Then I took off like at 5 am because I had to go to work the next day lol. 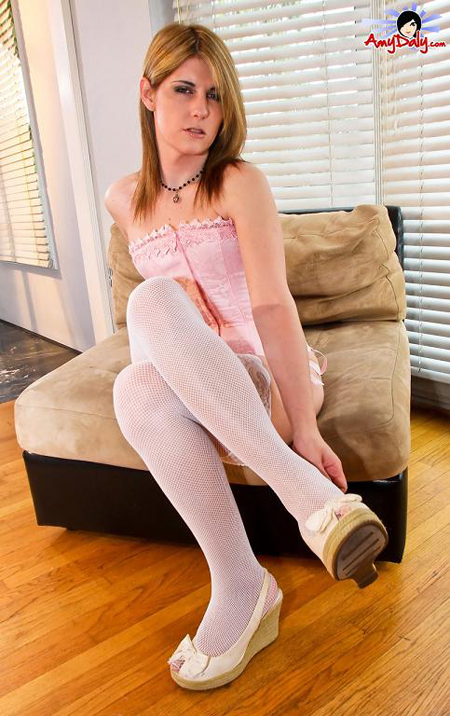 11 Can you describe your ideal rope bondage scenario?
I want to be tied to a tree by my arms and legs and blind folded in a dark forest.  Then get face fucked by a bunch of other transsexual lesbos… 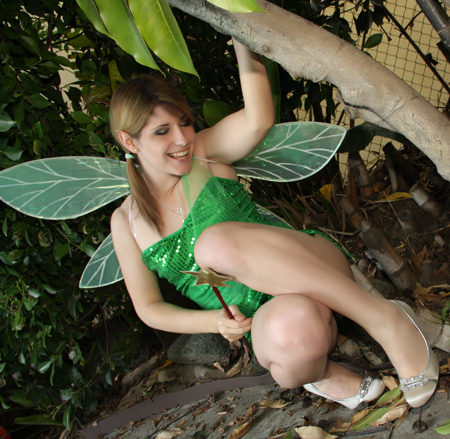 13 Can you tell us about about Amy Daly:Translesbian? Will there be a second one?
Amy Daly: The Translesbian was my first featured DVD put out by Grooby Productions. It features some of the best TS Lesbian scenes from my web site with a bunch of some of the top TS Girls. Hazel Tucker, Bee Armitage, Mandy Mitchell, Kimberlly Kills, and Juliette Stray.  We are looking to put out part 2 sometime after the end of this year.  It will most likely be called Amy Daly The Translesbian 2: Bi Curious.  Bi Curious because I have one of my best and favorite scenes going on there with everyone’s favorite, ChristianXXX.  Sometimes I do like to shoot with guys and I think we have some good chemistry.   He is one of my favorite guys to shoot with.

15 Can you tell us about some of the other videos you’ve appeared in? Where can people find them?
Aside from all the web stuff I have done, this years dvd releases you can find me in are: America’s Next Top Tranny: Season 9,Amy Daly The Translesbian!, She-Male Strokers 45,Transsexual Prostitutes 66,Transsexual Babysitters 16,
America’s Next Top Tranny: Season 13,Rogue Adventures 37,and Transsexual Cheerleaders 7. Wendy Williams also has one with me in it coming out very soon as well. All of these are available on VOD and DVD on any site that sells adult dvd’s and stores.

16 Which of the awards you’ve won has meant the most to you and why?
Well, I’ve only won the Best New Face award at the Tranny Awards in 2010.  It actually did mean a lot to me because I got off to a bad start in the industry with some not so great content, but then came back and really stepped up my game to take the best new commer award for that year. It felt really good. It also felt really good to be nominated for my first AVN in Transsexual of the year category as well last year and have one of the films I was on the cover of take the best transsexual release award.  It always feels good to be appreciated ?

18 You’re now back at school. What are you studying and what do you hope to become?
Currently, I am a general biology major, but Its not final. I still may switch to either Environmental Science, Marine Biology, or Zoology.  I volunteer for a marine mammal rescue team and have grown up at the beach, so its kind of natural for me.  When I graduate, I want to be working somewhere in the science field and working with Animals.  I will just see where my college journey takes me.

20 Can you tell us about your site ? Where else can people find you on the net?
Yes, my site is AmyDaly.com.  Its mostly Solo, and TS Lesbian content with a few scenes with guys thrown in as well. I update every week and am always talking to my members over on my forum. I try and fulfill as many requests as I possible can.  Its been running for about a year and a half and has been going great. I am really happy with it.  Other than my site, you can find me on Shemale Yum, Shemale Pornstar, Shemale Strokers, Shemale Club, Bobs T Girls, Devils Film’s site.  My site is the best place to find me though : )