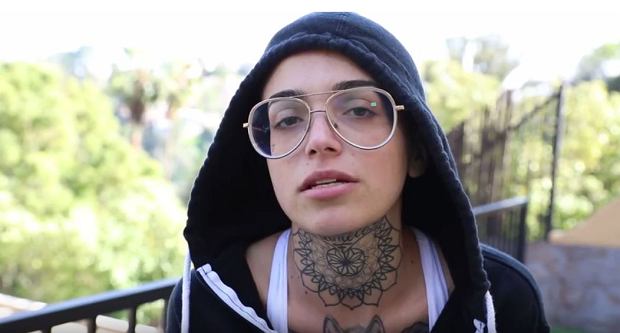 Now, Ive never had my leg broke by a stripper and i dont run Only fans scams, but to me, a bully is someone who falsely accuses someone of rape, then makes social media posts hoping to inspire her followers into attacking the falsely accused person.

Lets be perfectly clear here Leigh, you lied, everyone knows you lied, most don’t want you on their set, and soon, the Evil Angel sympathy money will dry up. That will undoubtedly lead you into a life of slip and fall insurance scams to pay your bills

But never fear Leigh fan, she’s not going anywhere, this is just her looking for more sympathy, like now when some random performer wants us to think she’s going to harm herself, she tweets “Fuck Yall”.

News flash, people that wanna harm themselves, just do it, they dont leave bread crumb trails and text messages for attention. People that really wanna leave the adult industry just go, like Will Hunting, we wake up one day and your gone, no speech, no sympathy tweet, just gone.. Leigh, there are still 87 active male performers you’ve yet to accuse of rape.

You should team up with Tasha Reign, yall could start the ‘Guess Who Raped Me Variety Show’

Every week you could sing and dance while dropping hints about who your accusing this week.

Me and Tasha went to the store,

A man walked in who wasn’t poor

I could tell he wanted to grab my tits

and was thinking about my clit

even though he was 50 feet away

Some of you are probably wondering why I put the word horse in the title, only the urban crowd who read this masterpiece will get it