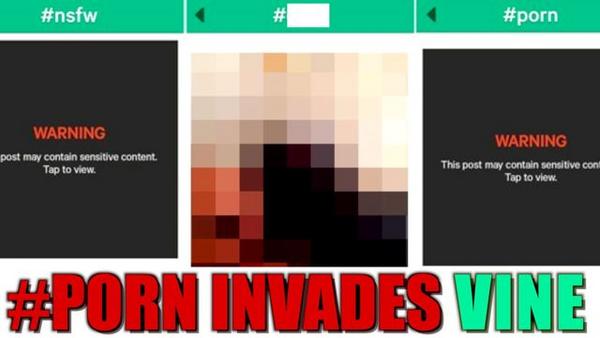 Recently Twitter released a sexy (figuratively and literally) video sharing app that’s gaining notoriety for unwanted reasons. Any time new technology is paired with video, who can guess the out(cum)? It should be pretty obvious – B( . )( . )BS!!

Some are calling it the “instagram of video”. And though some nudity is accepted on twitter, people were taking it to shocking extremes when this new app called VINE hit the market. The app, like twitter, limits the amount of content one can post (140 characters, 6 seconds of looping video). These are basically live .gifs being filmed on the fly. As you can see in the image below, twitter fucked up LARGE with the release of this app. I bet someone got fired for that “Editor’s Pick”.