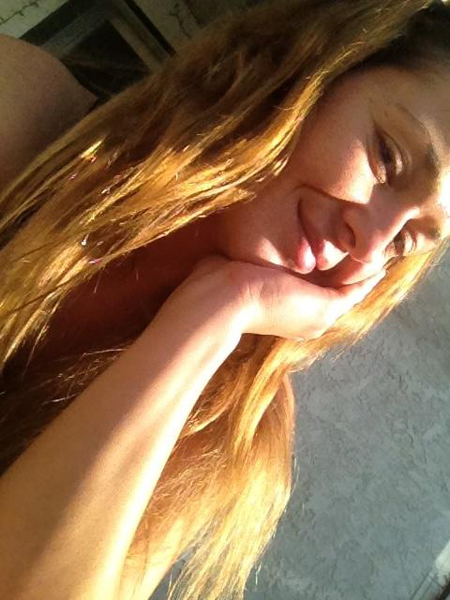 Can you imagine writing a will for your only child? Can you imagine losing your hearing or sense of smell? Can you imagine suffering constant pain that your pain meds bearly alleviate?
Elexis has had just one operation. There are two more to go. The estimated cost is between $10,000-$20,000. She’s a single mum with no insurance.
People can already send  donations via Paypal using the e mail address [email protected] They can now send cheques to Kathleen Harper  Girlfriends Films 6850 Canby Avenue #106 Reseda, CA 91335 . Kathleen is her mother.
Girlfriends Films has proposed making a video with part of the procedes going to her . Lily Cade,Ashley Graham, and Elle Alexandra amongst other performers have said they’d take part.  If you want to join the list contact Elexis or Dan at Girlfriends Films.
Lily Cade in her own salute to ‘The Queen of  Lesbian Porn’ with whom she did her first scene has made her own special gesture. This is what she posted on her site:

….if you want to buy a signed copy of either Hard Working Girls or Live Nerd Girls for $25 I will donate the proceeds to Elexis’s surgery fund. Send me an email at [email protected]

Girlfriends Films is going to dedicate to her their $1,000 monthly charity donation.
Elexis would like a fundraiser/benefit in a club to promote her special video. She has many friends in the music industry who’d offer their services for free.This could happen on her birthday in March 2013.
She’s hoping the next operations will be after the AVN and XBiz ceremonies which she’ll be attanding. She’ll know the answer to this shortly.
If there’s someone who deserves more luck it’s Elexis. Let’s do all we can to help her through these difficult times.