Since we revealed last week a disturbing casting video starring little-known adult performer Andi Rye a.k.a. Zoe Sparx, in which she says that having sexual contact with a dog is “kinda hot”, and okay as long as the dog is into it, the D-lister and her tiny band of supporters have come out to claim that performers are simply playing a character in these casting interviews.

It’s a proposition that is flatly rejected by the person with whom Andi is interviewing in the video, award-winning director Pierre Woodman. He categorically states that he does NOT give them a role to play, nor did he request Andi Rye to speak so glowingly of bestiality.

Rather, Woodman does a casting session just like a standard ‘go-see’, but also records it for release online.

Having them play a role would not be a casting, it would be an acting scene, and would defeat the purpose of a “get to know you” casting interview

So, in response we present the complete, unscripted raw footage from that casting session. As you will see, the video is a continuous 31-minute take.

(The recording has been split into three parts because of the file size limits on the backend of this site.)

No reasonable person can maintain that this long interview was pre-planned or scripted. The video captures Andi Rye speaking very openly about her life, as well as her interests and her desires — perhaps to a fault.

If anything, she seems to have been a little TOO honest about her desires, and now she and her reps seek to rewrite history by claiming it was all just a performance.

Note, however, that among the kinks she lists in this interview is water sports, which is something that she has gone on record to admit she is into. She is asking viewers to believe that everything else she says is a true reflection of her life and her kinks, EXCEPT for this one (revolting) thing she mentions in the middle of it.

If this 31-minute video were actually a long dramatic improv, Andi Rye / Zoe Sparx would have won an Academy Award by now.

This was not a scene; this was an interview that was recorded on video. It’s a distinction worth noting.

The presence of a camera does not turn an interview into a scripted role-play performance.

Moreover, as you will see in clip #3, when Andi talks about other transgressive behavior and fantasies such as incest, she immediately backs off and qualifies her exclamation about how “hot” it is with, “but not in real life.”

When it comes to acts of bestiality, she does not back off, or make such qualifications.

Incest – wrong, except as role-play.  Bestiality – fine, as long as the dog approaches you. 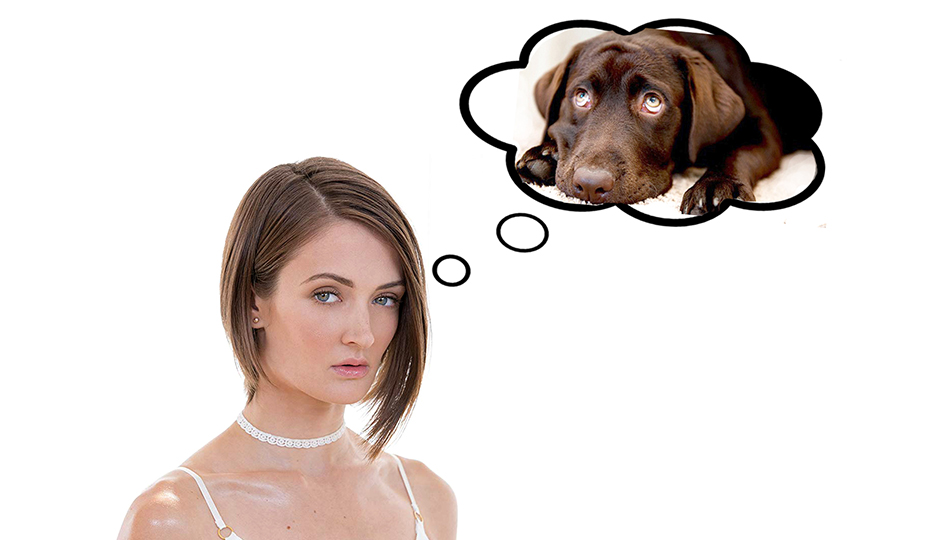 I honestly don’t know any reasonable person could reach a different conclusion after seeing the complete interview.

But let’s say for sake of argument that Andi Rye was making up this ONE thing. Why the hell would she do that? Why would she want people to see her as someone who is okay with sexual contact with dogs, which is animal abuse?

Even if she isn’t actually into it, this is a person who thinks it’s acceptable to promote, or favorably discuss, sex with a canine. And to put it on a video to be shared with the world.

It blows my mind.

The final section begins with Andi discussing incest and incest play. Contrast her approach to this subject with her exclamations regarding sexual contact with a dog.