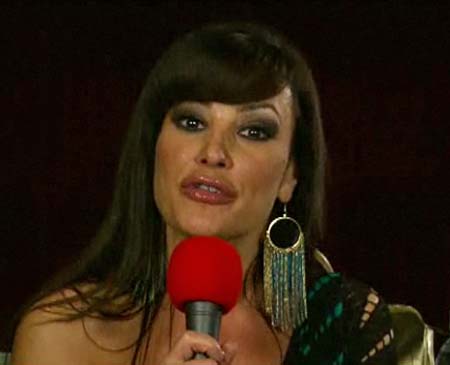 Lisa Ann says she will be forty this year. She looks amazing.

On her parodies of Sarah Palin (She’s been doing that for four years now)
It opened up a huge amount of mainstream coverage for me, she says.

Two busty girls on the bed  with jessica drake showing her directing style. She says she like to give the talent some motivation and get them off to a great start. So she gives them each a kiss and then asks them to make out with each other. Nice way to start your evening!  Watching a naturally evolving g/g scene of two busty women! Then Evan Stone shows up to join them… and they spank him! 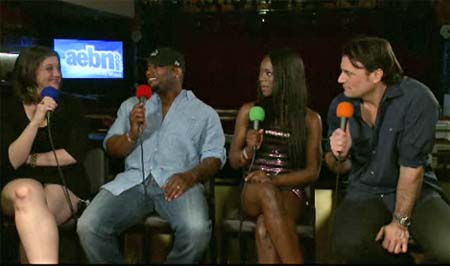 Next interview is Mr Marcus and Ana Foxxx. Marcus says when you are having sex, ask the girl if she likes it, and get creative. Marcus also says that he has written a book! 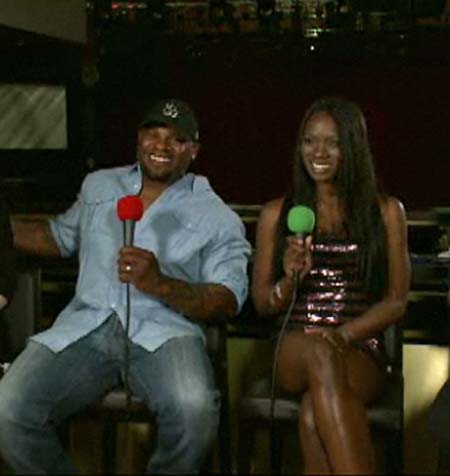 Ana is a newbie who has been in the biz for eight weeks. She was already a little freak by nature she said, and decided to do, what she likes to do, for a job.  Pretty girl!