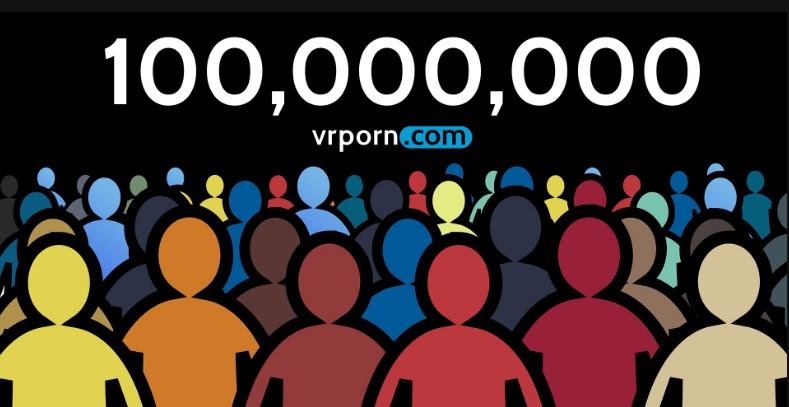 “We’re very excited to have reached this important milestone,” said VRPorn.com Chief Evangelist Lisa Moore in a recent post from the site’s official blog, adding that “we are still in the very early stages of VR adoption. As VR continues to grow, so will we.”

VRPorn.com, which boasts the largest volume of traffic and user engagement of any VR site, has seen a steady rise in online traffic since 2016, with more than five million new visitors per month.

The blog post also mentions that the number of unique visitors is “especially impressive for a website that focuses exclusively on VR content … Only a small % of the population uses VR regularly, and with VR tech improving exponentially, many experts believe there’s huge room for growth.”

As VR technology continues its push forward, VRPorn.com remains on the front lines, thanks to a tech-forward platform that treats viewers to the most eye-popping POV experience available for download or streaming, and is compatible with all major VR headsets.

VRPorn.com offers free adult VR videos and games from nearly 200 VR studios. They also have a premium subscription product similar to Netflix that gives users access to more than 2,500 full VR experiences for $19.95 per month or discounted $95.40 per year.