There has been a rapid rise in the popularity of sex robots in the adult entertainment industry in the last few years. While we have witnessed the opening of sex robot brothels, the old-fashioned adult websites have been lagging behind regarding integrating the sex robot concept into their content. Until now, that is. 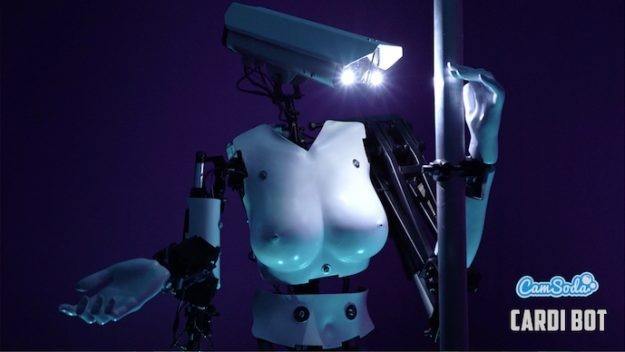 Just like you would expect in regular webcam shows, Cardi-Bot will be responding to requests from tipping viewers and performing the actions that they write in the chats. The good news does not stop there; the robot will also have the ability to ‘talk dirty’ and while the experience might not be inventive at this early stage, you can expect the robot to perform even more sophisticated commands and engagement in intelligent conversations as days go by. Trust me; you might not come across more interesting news for the rest of the year.

The robot uses natural language processing technology and machine learning algorithms to perform specific tasks. Once a week, users can look forward to a free public chat room where they can make requests for conversation and specific movements, but users with money to spare can pay to access a private cam session with Cardi-Bot for a more intimate interaction. In the private session, the robot will perform tasks as activated by tips or “Spin The Wheel.”

Make no mistake, Cardi-Bot is far from being a mere silicon covered mannequin. She has a metallic bosom, light up nipples and a security cam head. She may be a work in progress, but this exotic dancer will be able to perform more complex commands and hold a more intelligent conversation as she continues to learn, which is the ultimate goal.

“We’re very excited to make Cardi-Bot”—the first sex robot people can interact with over the Internet—”available to the world and let people live out their wildest fantasies,” continued Parker.

According to Camsoda, the robot will also support “teledildonics” meaning her movements can be linked to a smart toy in your own living room. 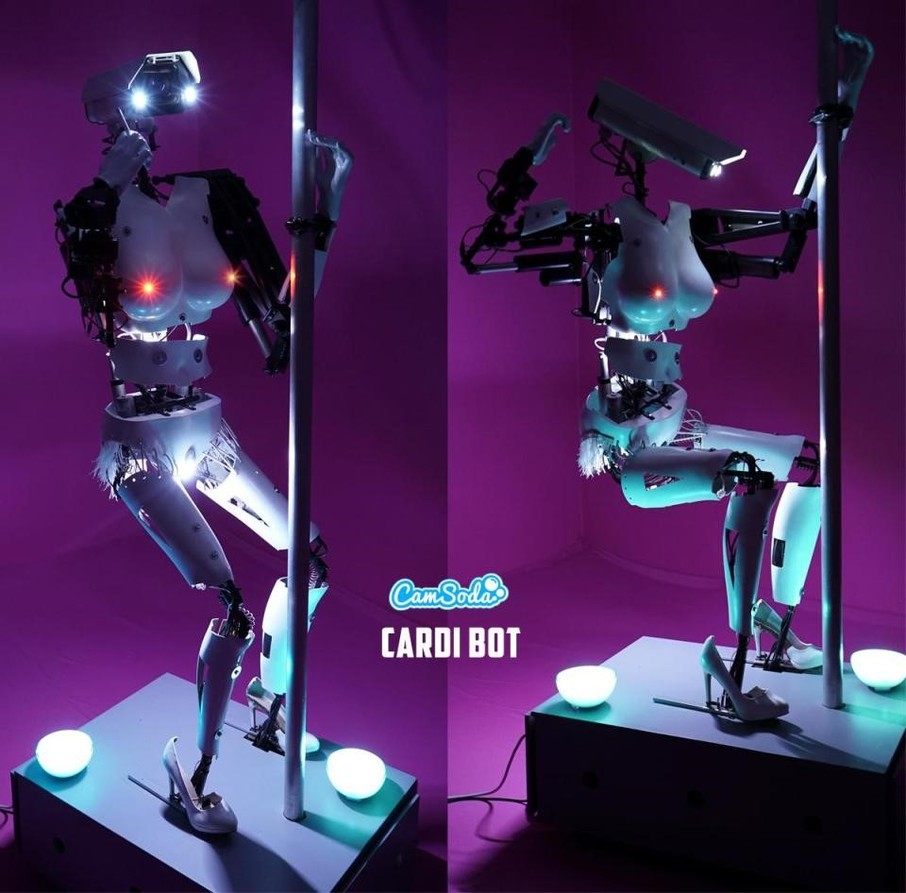 It is common knowledge that sex-themed robots are a growing revolution. In fact, an AI-powered sex robot made by a Californian sex robot firm, Realbotix, will hit the market next month. A British company has even come up with a financial package that would allow buyers to own their sex robots for as little as £25 per month.

However, experts have warned that this new trend could create a sex-addicted generation. According to Dr. Birchard, clinical director at the Marylebone Centre for Psychological Therapies, sex robots serve a similar purpose as alcohol for people struggling with addiction.

“It would just be another way of expressing sexual activity or addiction,” he explained. “Sex addiction is a way to anaesthetize hard to bear feeling states…These include, but are not limited to, loneliness, shame, boredom, and stress.”

Experts also expressed concern on the increased use of sex robots which is turning Japanese people into endangered species after a study linked sex doll ownership to falling birth rates in some areas of the Asian country.  This, however, has done little to dampen the enthusiasm with sex robots, as more people head to sex shops and frequent sex doll brothels. Whether you think technology has taken it too far this time around is a different topic altogether.

For some time now, robots have been cleaning our homes, building appliances, cooking food among other chores. If the current trend is anything to go by, they are about to change how we jiggy as well, that is of course if they haven’t already. These realistic dolls have been made to mimic the human body, with emphasis on sexual areas so people can romp with them.

According to Prof Noel Sharkey, chairman of the Foundation for Responsible Robotics, one of the potential uses for robots is guilt free threesomes. You could use it with your girlfriend without feeling like you have cheated on her, of course after the two of you have agreed to do so.

Already, there are sex robots with hyper-realistic features, for instance, inbuilt heaters to mimic body warmth. Expect more specialized robots in a home near you in the not so distant future.

Are you looking forward to the first robot stripper to twerk on a webcam?