The werewolf is Rick Baker, the special effects guy from the original movie, along with Brian sneaking in a copy of the parody… 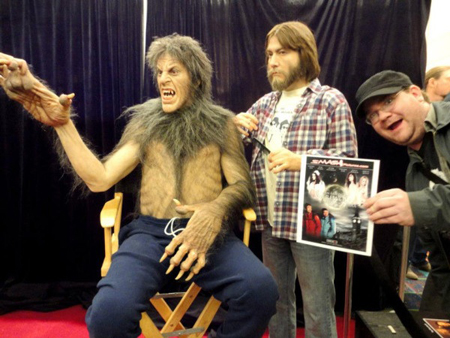 NL- I’d say imitation is the sincerest form of flattery. ?