In retaliation to some Westboro Baptist bullshit, a raunchy minded band (or clever minded based on this situation) by the name of  GET SHOT! decided it’d be a great idea to fuck shit up on the lawn outside this infamous church… Or rather, fuck themselves on the lawn! 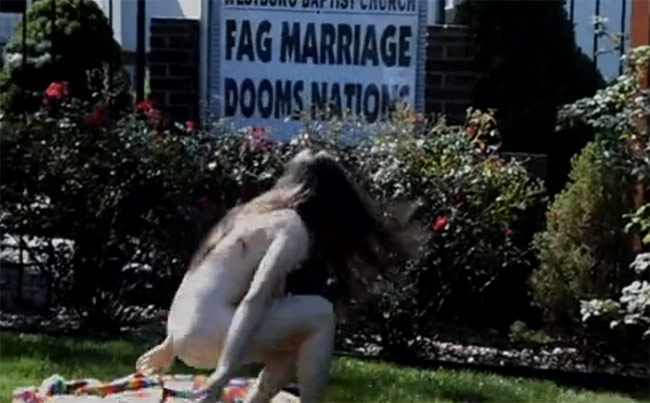 This stunt is just one of many possible run-ins with the law, as GET SHOT! is used to seeing undercover officers at their shows in their hometown of Sacramento California. From drug use to nudity, anything goes once this lucrative band hits the stage. In fact, here’s their bio taken from Reverbnation:

>>HERE’S THE FILMDRUNK ARTICLE THAT EXPLAINS MORE ON THIS SHENANIGAN<<